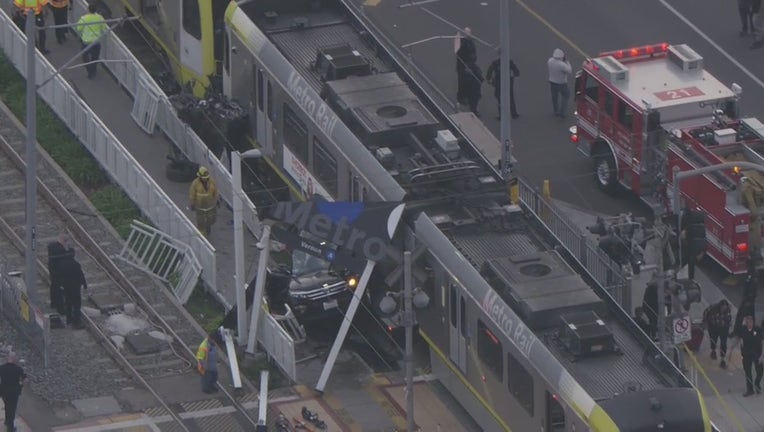 LOS ANGELES - Two people were injured after a vehicle and Metro bus collided into each other Thursday evening.

Firefighters and paramedics in the Central-Alameda area responded to the Blue Line train on East Vernon Ave. around 3:40 p.m.

According to the Los Angeles Fire Department, the passenger vehicle sustained significant damage, causing it to split in half. One person was trapped inside but has since been extracted and taken to a local hospital.

Two people were injured and a vehicle split in half after colliding with a Metro train.

An additional person, a pedestrian, was transported with minor injuries. That person was not struck by the bus, LAFD reported.

Tracks 1 and 2 of the Metro Blue Line were temporarily shut down.