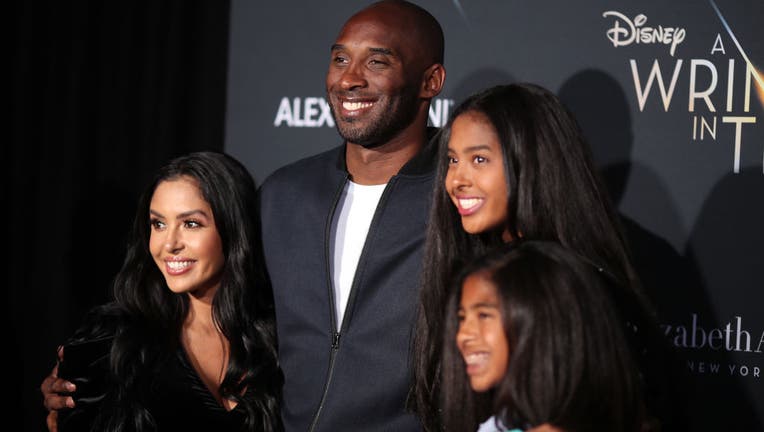 LOS ANGELES - On Friday, Vanessa Bryant announced a new clothing line that will celebrate the life and legacy of Gianna Bryant. The athleisure line is set to launch over the weekend on what would have been Gianna’s 15th birthday.

In addition, all proceeds will go to the Mamba and Mambacita Sports Foundation, a charity that sponsors charitable endeavors in sports.

It was a family affair as Vanessa and all of Gigi's sisters modeled the clothes designed by Dannijo.

The non-profit organization, originally called the Mamba Sports Foundation, was renamed to also honor Vanessa and Kobe Bryant's daughter, Gigi, who was only 13-years-old when she died in a tragic helicopter crash along with her father, teammates, and their parents on January 26, 2020.

Gigi was determined to carry her dad's basketball legacy and aspired to play for UCONN before playing in the WNBA.

Those who wish to sign up for updates on the clothing line can do so by visiting the Mamba and Mambacita Sports Foundation website. However, the website appeared to crash shortly after Vanessa’s announcement.

The clothing line is set to launch on May 1 and both kids and unisex sizes will be available.

The Mambacita x Dannijo collection sold out within hours. However, by popular demand, the designer made select pieces available for preorder on May 7.