(FOX 11) - The fire alarm blared Saturday afternoon as flames and black smoke billowed up from the carport of a Valley Village condo complex.

"I came downstairs and I started screaming, 'call the fire department,' because it was bad," neighbor, Chuck Tenin, said.

Tenin watched as the smoke rose higher into the units above the carport and then he heard explosions.

"It was the tires, but it sounded like boom and these flames were going all the way up," he said.

Firefighters stopped the flames from spreading, but not before the fire charred four cars parked side by side.

Arson investigators were on scene, but officials haven't determined a cause.

"I'm managing this complex like 30 years and never has this happened it's very surprising," condo manager, Mike Akopyan, said.

Surprising, because Akopyan is he aware of what's been going on in the area.

Not to far from the Briarcrest condo complex, arson investigators are looking into a string of suspicious fires in North Hollywood and Studio City.

On Friday night another fire damaged the shed of Teto's Nursery and Birds on Kittridge Avenue.

In other instances, trees, trash and other cars have gone up in flames.

While neighbors don't know what caused the cars to burn, some said they're not ruling out anything suspicious.

"There may be people who start an arson thing and let it go and that's a possibility," Tenin said.

While the fire is under investigation the fire captain on scene said it didn't seem to fit the pattern of the arsonist who has been targeting mostly trees and trash, not carports. 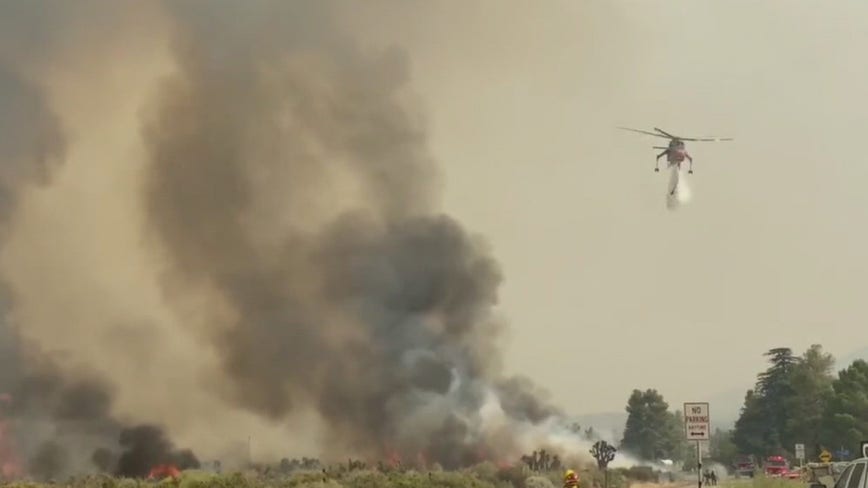