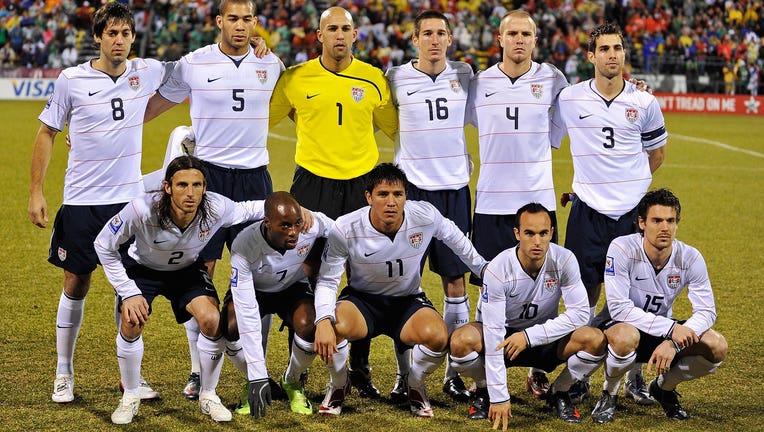 COLUMBUS, OH - FEBRUARY 11: U.S. Men's National Team poses for a photo before the game against Mexico during a FIFA 2010 World Cup qualifying match in the CONCACAF region on February 11, 2009 at Columbus Crew Stadium in Columbus, Ohio. Top Row L-R: C

CHICAGO - The U.S. men’s soccer team will open its 2020 schedule with an exhibition against Costa Rica on Feb. 1 at Carson, California.

A roster of players mostly from Major League Soccer will be used for the match, which will follow the annual January training camp.

The camp has moved from California to Qatar, site of the 2022 World Cup. The U.S. will train at the Aspire Academy in Doha from Jan. 5-25, the U.S. Soccer Federation said Monday,

After training at Carson each winter from 2004-18, the U.S. last year moved its January camp 120 miles south to Chula Vista, near San Diego.

In 2014, the U.S. trained in Carson for a week, shifted to Sao Paulo for two weeks ahead of the World Cup later that year in Brazil, then returned to Carson for a week before an exhibition against South Korea.

The U.S. is preparing for a CONCACAF Nations League semifinal against Honduras in June and the start of World Cup qualifying in September. With its full player pool, the Americans have a March 26 exhibition at the Netherlands, the start of a two-match Europe trip.