Hundreds of unhoused residents were given until Tuesday morning to leave the area.

AZUZA, Calif. - Hundreds of unhoused people living in a homeless encampment in Azusa that lines the San Gabriel riverbed were given until Tuesday morning to clear out of the area, officials said.

Authorities said an estimated 300 people experiencing homelessness were living in tents or in their cars in the area.

On Tuesday, SkyFOX captured a cluster of encampments along the San Gabriel riverbed off the 210 Freeway. 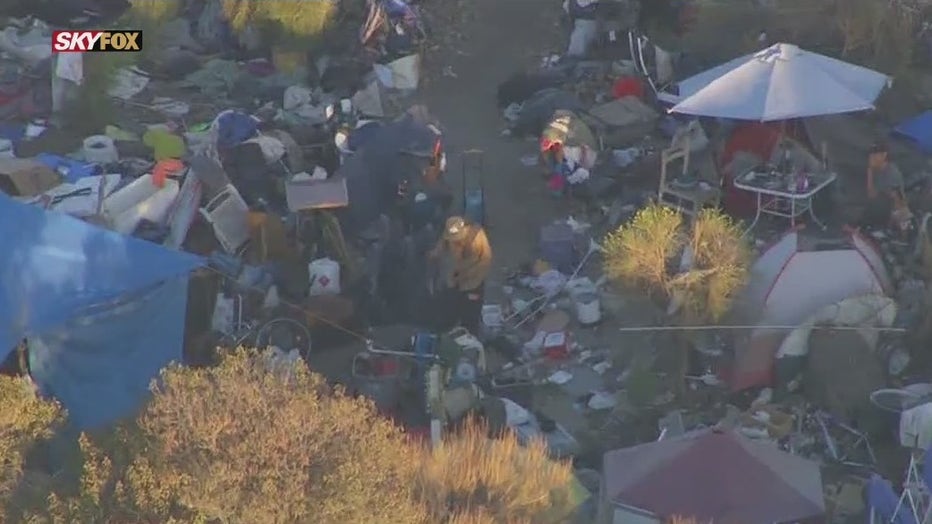 Leading up to the deadline, several signs were posted in the area warning those living in the encampment they would be considered trespassers, meaning their cars would be towed and they could be arrested. 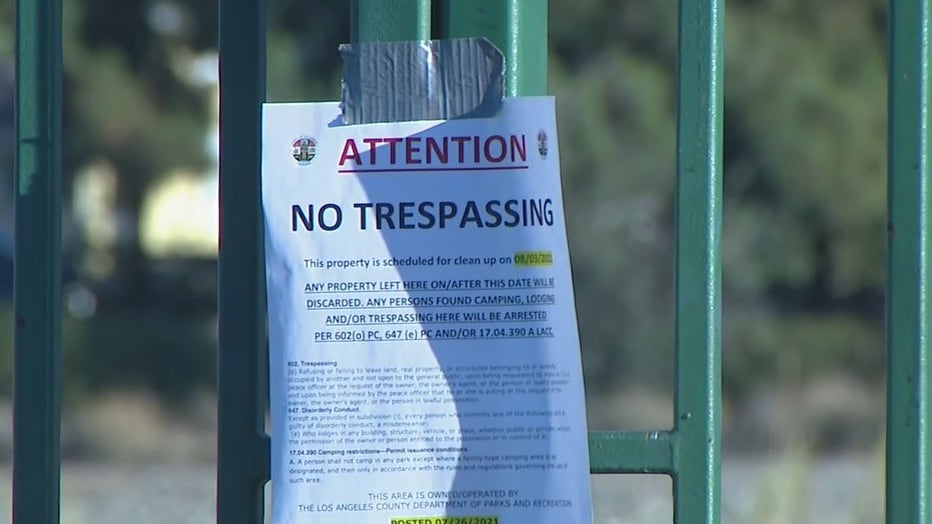 The residents living in encampments around Lario Park were given until 6 a.m. to leave to the area and the Los Angeles County Sheriff’s Department said they would start enforcing the policy by 8 a.m. 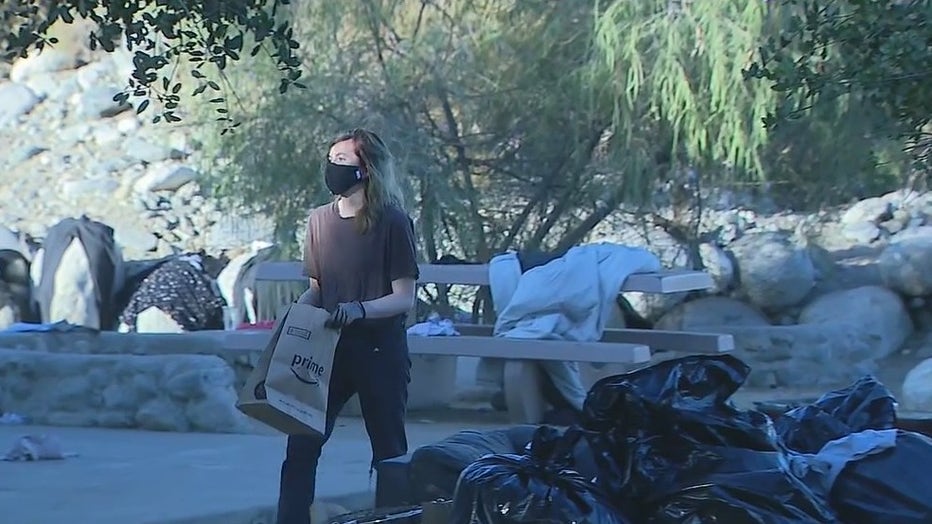 Local church groups had been visiting the area daily to provide food, clothing and toiletries. In addition, outreach workers with the City of Los Angeles have been out in the area for the past week to offer services such as housing.

The area was scheduled to be cleared out so workers could begin a month-long closure for a major cleanup and renovation project.