USC and UCLA will be leaving the Pac-12.

LOS ANGELES - The University of California Board of Regents Thursday delayed a decision on whether it might try to halt UCLA's planned jump to the Big Ten athletic conference, but the university's chancellor defended the move, saying he believes it will benefit athletes and the school.

Speaking to the regents at the board's meeting in San Francisco, UCLA Chancellor Gene Block said college athletics is in a "volatile" period, thanks to factors such as conference realignments, student-athlete transfers and new rules allowing athletes to profit from "name, image and likeness" contracts. He also said the university recognized that it was going to need to invest additional financial resources to maintain its athletics programs.

Given the financial and career opportunities available for college athletes, "our students were asking for better national exposure," Block said.

"They've been frustrated sometimes about the exposure they're getting currently," he said. "The national platform -- being in a conference that competed nationally would give them better exposure. So I think our student- athletes overall have been excited about the opportunity to compete with the very best teams. So I think that competitive excellence was a big part of this.

Block noted his roots in the Pac-12 Conference and with Pac-12 institutions.

"I've been deeply involved in the Pac-12, so this is not a simple (decision)," he said. 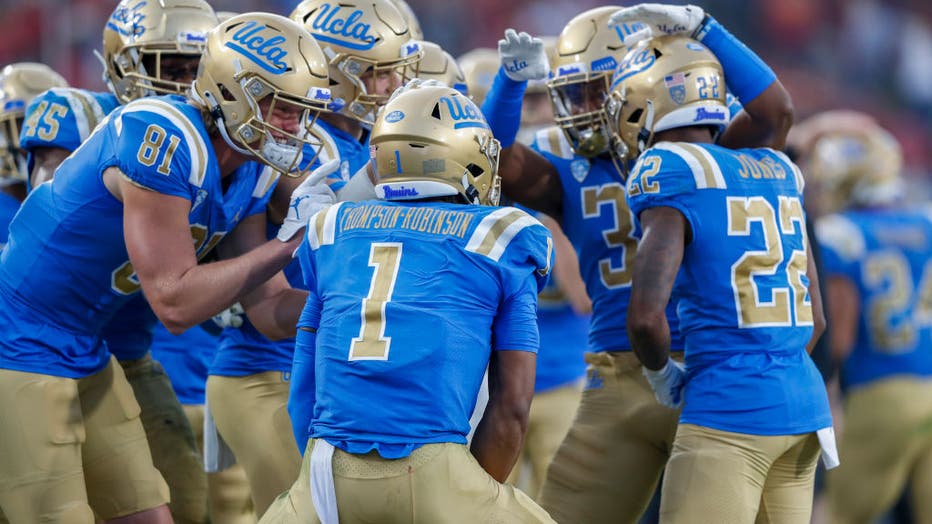 The Board of Regents had been scheduled Thursday to consider whether to intervene in the university's planned move to the Big Ten. But the board chair announced at the onset of the discussion that the matter would instead by considered at a special meeting on Dec. 14, giving board members more time to consider the issue and compile questions for its staff.

The regents have had a series of discussions since UCLA and USC announced in June their intention to shift athletic conferences in 2024. Gov. Gavin Newsom said he was stunned by the move and was critical of UCLA officials for not discussing the matter with him in advance.

Previous discussions by the regents have been filled with questions about their authority to potentially intervene and block UCLA's announced conference shift. UCLA made the decision under authority delegated by the UC system president to individual campus chancellors.

A staff report presented to the board in advance of its Thursday meeting states, however, that the Board of Regents "retains the authority to take action to affirm, overturn or abstain from acting on UCLA's decision."

"The considerations around the student-athlete experience, financial impacts and legal risks vary with each of these options," according to the report.

The nine-page document goes on to detail a series of considerations weighing into the decision, including the experience of athletes, financial impacts on the university and the potential risk of litigation if the board tries to intervene in the move. The report notes that UCLA already has a signed agreement with the Big Ten Conference.

The report also includes results of a survey conducted of 111 UCLA student-athletes regarding the planned move.

UCLA and USC stand to see a major boost in revenue from media-rights deals in the Big Ten, which will become a coast-to-coast conference including some of the nation's most prominent athletic programs. The conference in August announced a media-rights deal worth an average of about $1 billion in annual revenue, meaning annual distribution to its member schools of up to $70 million a year.

The report noted that increased revenues from the move will "more than offset" additional costs that will be incurred, such as more travel costs for athletic teams and the need for additional academic and nutritional support. The report estimates those costs could reach more than $10 million.

In announcing the planned move in June, UCLA officials noted that the financial boost from the Big Ten will allow the university to maintain all of its athletic programs, some of which were believed to be in financial jeopardy absent a major influx of cash. The university also noted a major benefit for student-athletes, likely allowing them to obtain more lucrative name, image and likeness deals.

"Additionally, it means enhanced resources for all of our teams, from academic support to mental health and wellness," UCLA Chancellor Gene Block and Athletics Director Martin Jarmond said in a statement announcing the move in June.

"And although this move increases travel distances for teams, the resources offered by Big Ten membership may allow for more efficient transportation options. We would also explore scheduling accommodations with the Big Ten that best support our student-athletes' academic pursuits."

USC President Carol Folt, in a statement of her own, said, "With the Big Ten, we are joining a storied conference that shares our commitment to academic excellence and athletic competitiveness, and we are positioning USC and our student-athletes for long-term success and stability amidst the rapidly evolving sports media and collegiate athletics landscapes. We are delighted to begin this new chapter in 2024."