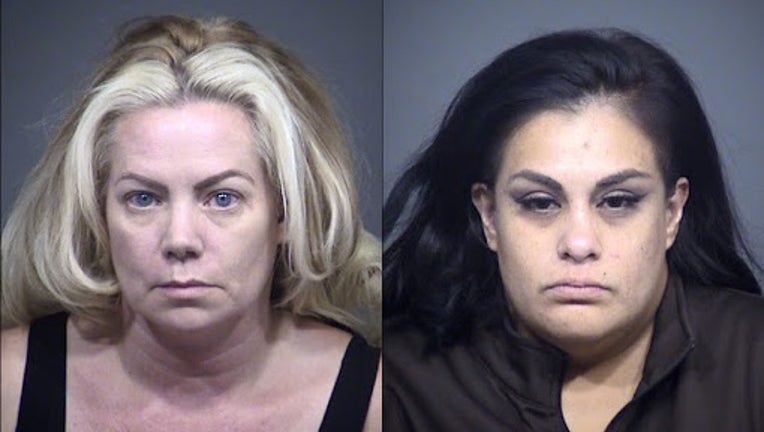 MESA, Ariz. - Two women were arrested after authorities say they spent months stealing more than $100,000 worth of merchandise from Walmart stores in several western states, including Arizona.

An investigation into the reported thefts began in March of this year when Walmart's loss prevention team noticed a "series of suspicious transactions" involving an in-store scanning app.

"The suspects would enter the stores and scan the items using a smartphone in order to use the quick pay at the checkout. The problem was once they reached the checkout, payment was bypassed, and they simply walked out with the unpaid merchandise. By using the app, the suspect gave the appearance that they were paying for the items," the Mesa Police Department explained.

The suspects reportedly used this form of theft in Arizona, California, Utah, Colorado and Texas.

"Thanks to the strong partnership between Walmart and the Mesa Police Department, thefts like this are not overlooked. Thefts of this type can cause retailers to raise prices to compensate for loss. By arresting thieves who steal large amounts of merchandise, prices are kept at bay for the everyday honest consumer," the department said.