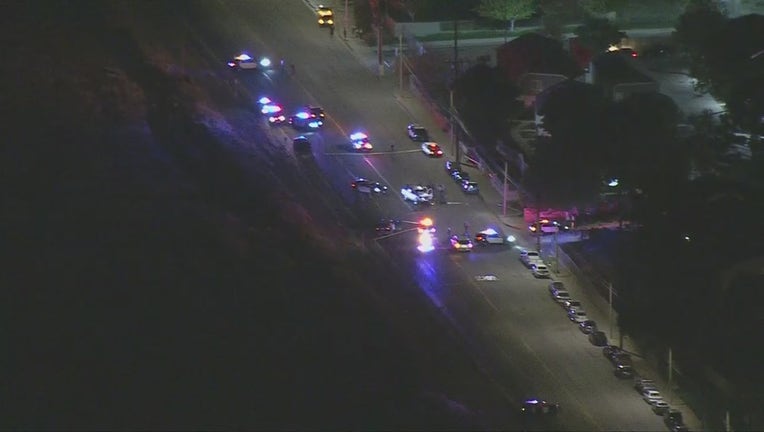 PALMDALE, Calif. - Two Los Angeles County deputies are hurt after a pursuit ended in a crash.

The Los Angeles County Sheriff's Department was chasing a driver suspected of robbery in the Lancaster area before ending in Palmdale Saturday night.

The chase ended after the suspect rammed the vehicle against an LASD cruiser. That crash ended with two of the deputies being taken to the hospital.

The suspect was placed in custody after the crash.