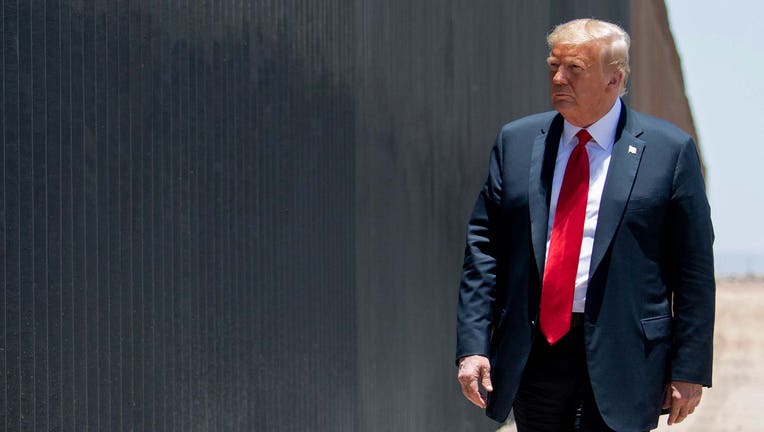 WASHINGTON - President Donald Trump is expected to travel to the U.S.-Mexico border on Tuesday to highlight his administration's work on the border wall, the White House said Saturday.

Trump will travel to the town of Alamo, Texas. He will mark the completion of 400 miles of border wall and his administration's efforts to reform what the White House described as the nation's broken immigration system.

Trump's campaign for the presidency in 2016 focused extensively on the president's desire to construct a border wall. He also promised that Mexico would pay for the wall, but it has been paid for by U.S. taxpayers.

While most of the wall went up in areas that had smaller barriers, the government has built hundreds of miles of fencing as high as 30 feet in a short amount of time — most of it this year.

The administration prioritized areas where the wall could be built more quickly, and crews have blasted hills and bulldozed sensitive habitats in national wildlife refuges and on American Indian land to do it.

The visit will likely be the president's first public appearance since he addressed supporters on Wednesday riling up a crowd that later staged a violent siege of the U.S. Capitol. He is anxious to highlight accomplishments as his presidency winds down.

Meanwhile, Democrats in the House are pushing for an impeachment vote next week and are planning to formally introduce their proposal Monday with a vote possible by Wednesday.