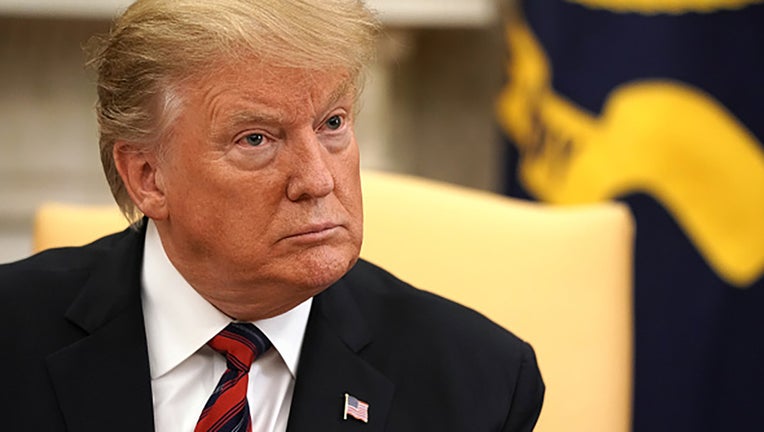 "As you have recognized, the Committee's request is unprecedented, and it presents serious constitutional questions, the resolution of which may have lasting consequences for all taxpayers," the letter read.

Mnuchin told the Massachusetts Democrat he'd relied on the advice of the Justice Department. He concluded that the department was "not authorized to disclose the requested returns and return information."

"The Department of Justice has informed us that it intends to memorialize its advice in a published legal opinion as soon as practicable. Out of respect for the deadlines previously set by the Committee, and consistent with our commitment to a prompt response, I am informing you now that the Department may not lawfully fulfill the Committee's request," the letter read.

The move, which was expected, is sure to set in motion a legal battle over Trump's tax returns. The likely options available to Democrats would be to subpoena the Internal Revenue Service for the returns or to file a lawsuit.

Neal originally demanded access to Trump's tax returns in early April under a law that said the IRS "shall furnish" the returns of any taxpayer to a handful of top lawmakers, including the chair of the tax-writing Ways and Means Committee.

The White House and the president's attorneys declined to comment on the deadline to turn over Trump's returns. Trump already has signaled he has no intention of turning over the much-coveted records.

The president has long told confidants that he was under audit and therefore could not release his taxes. But in recent weeks, he has added to the argument, telling advisers that the American people elected him once without seeing his taxes and would do so again, three White House officials and Republicans told The Associated Press anonymously.

Read the story at FOXNEWS.com