LOS ANGELES - A train engineer at the Port of Los Angeles was arrested Wednesday morning on federal criminal charges after being accused of derailing a train near the USNS Mercy hospital ship, the U.S. Department of Justice said.

Authorities say 44-year-old San Pedro resident Eduardo Moreno ran a locomotive at full speed off the end of railroad tracks near the ship on purpose, and that on his first interview with the Los Angeles Port Police, Moreno claimed he did it because he was suspicious of the Mercy and believed "it had an alternate purpose related to COVID-19 or a government takeover."

In a second interview with FBI agents, according to the Department of Justice, Moreno stated that "he did it out of the desire to wake people up," and that the ship was suspicious "and did not believe the ship is what they say it's for." 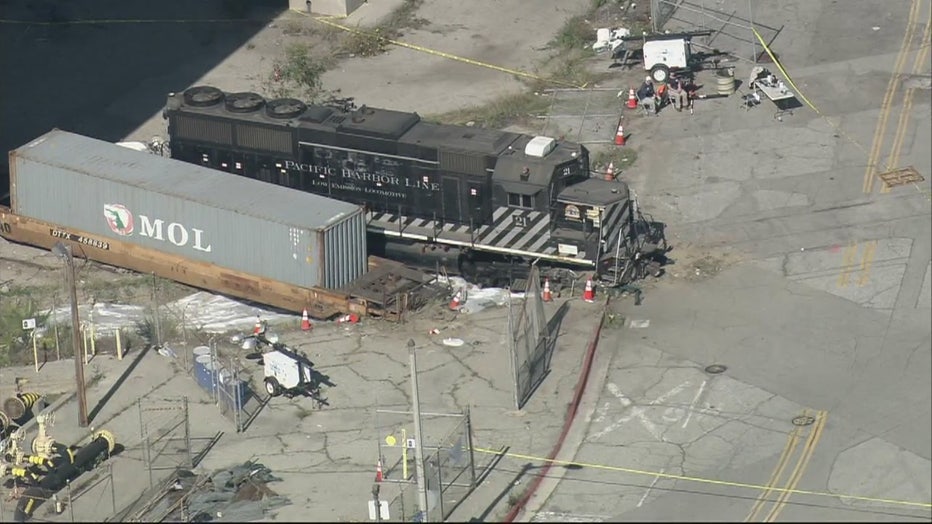 Moreno allegedly ran the train off the end of tracks and crashed through a series of barriers before coming to rest more than 250 yeards from the Mercy. No one was injured in the incident and the ship was not harmed or damaged in any way. The train suffered some damage that resulted in leaking a substantial amount of fuel oil, which required cleanup by fire crews and hazmat personnel, according to authorities.

Officials say a California Highway Patrol officer witnessed the crash and took Moreno into custody as he attempted to leave the scene.

"When the CHP officer contacted Moreno, he made a series of spontaneous statements, including, 'You only get this chance once. The whole world is watching. I had to. People don’t know what’s going on here. Now they will,'" the Department of Justice said. 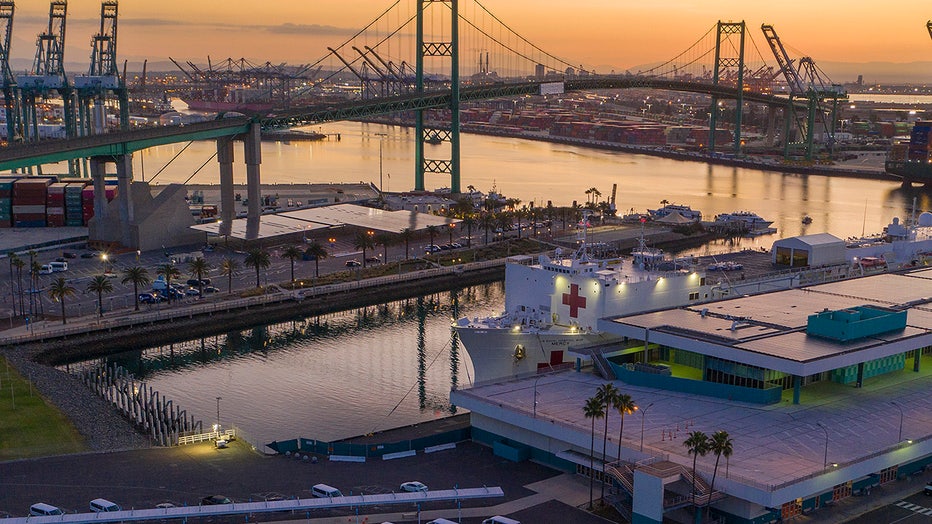 The USNS Mercy Navy hospital ship is seen at dawn in the Port of Los Angeles after it arrived to assist with the coronavirus pandemic on March 28, 2020. (David McNew/Getty Images)

Video recorded from the locomotive's cab shows the train moving at a high rate of speed before crashing through various barriers and coming close to three occupied cars, authorities said. Another video shows Moreno in the cab holding a lighted flare, according to officials.

The FBI's Joint Terrorism Task Force and the Port of Los Angeles Police are leading the investigation.

Moreno was charged Wednesday with one count of train wrecking, which carries a statutory maximum penalty of 20 years in federal prison.