Alex, who didn’t want to give us his last name, said the mail was addressed to him in a way that seemed particularly personal.

It says Alex and then my legal name, and I almost never put Alex plus my legal name because I go by Alex in my everyday life," he told FOX 11’s Susan Hirasuna.

"It says ‘die-chink after kung flu’, I don’t know because we were not in contact with anyone who received this as well." 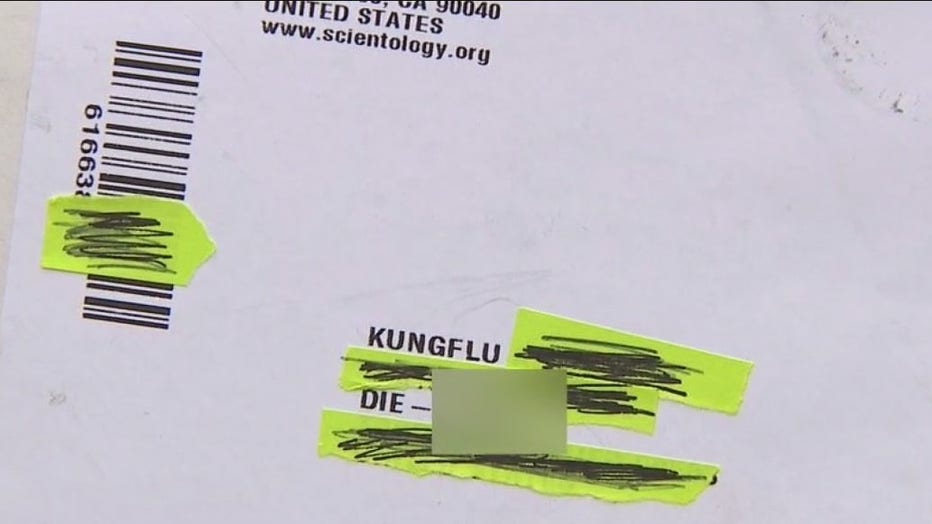 He took the mail to the Torrance Police Department to file a report. He didn’t open the envelope, but allowed for Hirasuna to do so.

Inside was a DVD titled ‘The Story of Human Rights’ with a dove and Gandhi featured on the cover.

"I don’t know what the point of doing this is. It’s not hate on the inside but its still hate on the outside," he said.

The return address is the Church of Scientology at an address in Commerce and the website humanrights.com is a program sponsored by the church. 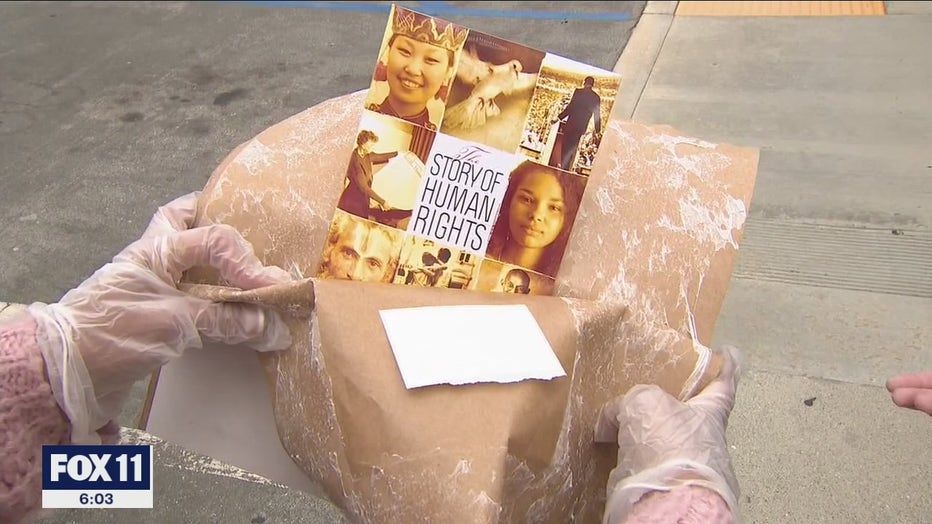 On the website, the DVD Alex received is offered free just by typing in a name and address. But in this case, the name was hateful.

FOX 11 followed him inside the Torrance Police Department where two officers took his statement and the envelope.

"Because of the language on the front that directs us back to at least opening a hate crime investigation," said officer Buentgen.

Torrance has seen its share of anti-Asian hate crimes and an overall uptick of crimes against Asian Americans was enough for the chief of police to release this message on Instagram saying "committing the department to vigorously investigate any hate crimes in Torrance.

"Whenever something like this happens we should report it to police. This is the right way to stop hate," Alex added.

The Church of Scientology says that mailing label was auto-generated according to how the form on the website was filled out.

They released the following statement "The letter is obviously a fake. Someone filled out an online request form for information concerning our human rights campaign. This generated an automated response to the name and address they provided. Whoever did it used a false name containing offensive hate speech to cause upset."

They said the mailing label was disgusting and aimed at perpetuating bigotry against Scientologists and the recipient.