BRENTWOOD, Calif. - It looks like a picturesque park with waterfalls, streams, and sycamores dotting the landscape, but this serene setting in Brentwood’s Mandeville Canyon has long been home to famed fashion designer, Allen Schwartz.

“It’s an oasis,” says Schwartz who launched his clothing line in 1982, a few years after buying 2383 Mandeville Canyon Rd.

Over the years, Schwartz’ high-end contemporary women’s fashions have been sold under the “ABS” label and worn by celebrities such as Heidi Klum. Today, his clothing line is simply known as “Allen Schwartz.” 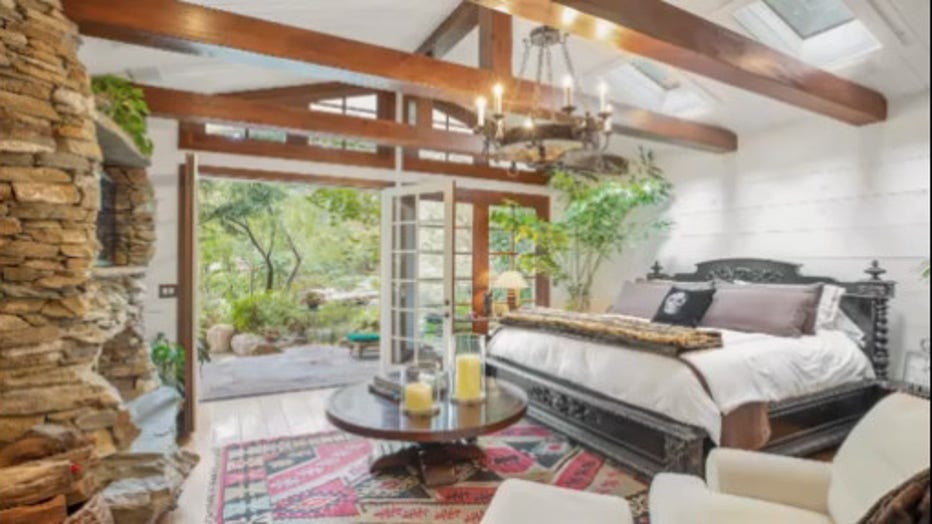 When Schwartz bought this property in 1979, it consisted of a single French Country ranch style home.

If you like what you see in this home, Living Spaces has some of those same looks for less!

Get these looks for less at Living Spaces:

When asked if his peaceful paradise inspires his work, he replies, “we have incredible lighting here… so, without a doubt, it's very inspirational.”

Listing agents Cindy Ambuehl and Nikki Magliarditi of Compass’ Cindy Ambuehl Group liken the land to a unicorn because “there’s nothing else like it.”

Ambuehl says, “It is for the client who wants what nobody else has.”

After living here for more than four decades, Schwartz says the day his oasis sells is going to be an emotional one.