Police say cars are increasingly being stolen using a USB phone charger, thanks to a TikTok "trend."

LAKEWOOD, Calif. - Local law enforcement officials are warning car owners about a spike in vehicle robberies that seems to be because of a TikTok trend.

Brad Crihfield is one of the latest victims of a growing trend after he had his car stolen out of his Lakewood driveway while he was just feet away in his garage office. The entire robbery was caught on video.

"I was probably five feet away from him and it was 11 in the morning," Crihfield said. "And my wife and kids [were] right there in the kitchen and all you have to do is look out the window to see it… But he was in and out in 60 seconds." 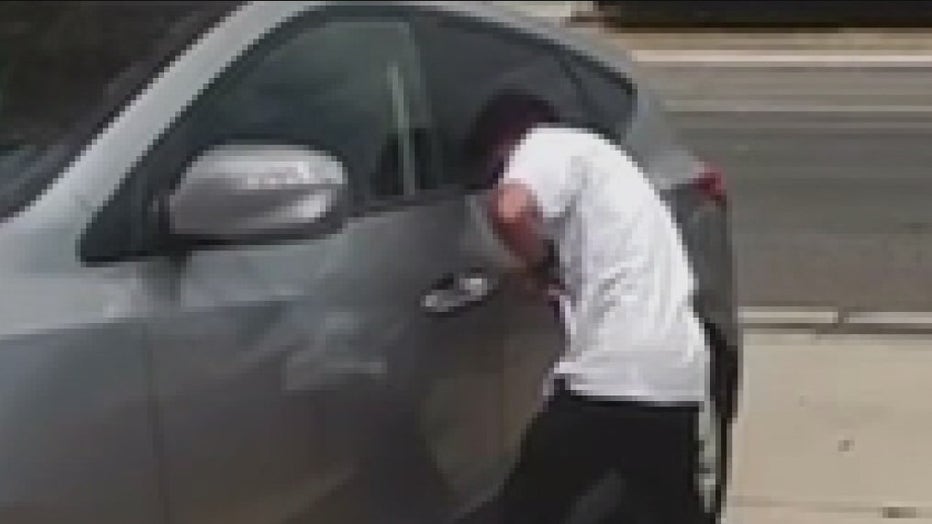 The Los Angeles County Sheriff's Department and Los Angeles Police Department are warning car owners as thefts like this are increasing across the country. Thieves are using USB phone chargers to help jack specific models of cars. The models affected include Hyundais and Kias from model years 2010 to 2021.

Those models were designed without engine immobilizers — electronic devices that make it harder to start cars without keys, but make it easier to steal in this case with the charger cables.

LASD has put out a community bulletin advising car owners to install a steering wheel lock, battery disconnect switch, kill switch, car alarm or GPS, and reminding car owners to always lock all windows and doors and park in a well-lit secure area.

Police found Crihfield’s car in nearby Wilmington but there was barely anything left.

It looks like he just had fun in it and ripped it to shreds and left nothing inside," Crihfield said.