Ticketmaster says the sales for Los Angeles, Las Vegas, Santa Clara, and Seattle are pushed back due to "historically unprecedented demand" for Taylor Swift's Eras Tour.

Ticketmaster announced Tuesday that sales for tickets to Taylor Swift's Eras Tour in the cities of Los Angeles, Santa Clara, Seattle, and Las Vegas have been pushed back to 3 p.m. due to "historically unprecedented demand." 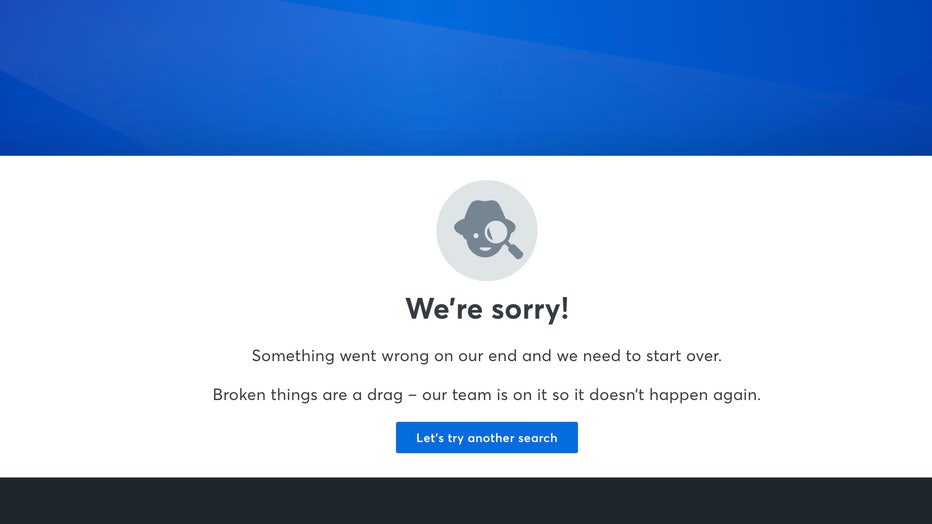 In a statement posted on social media, Ticketmaster said queues will open half an hour beforehand.

RELATED: Taylor Swift tickets: Your chances of getting them, according to these bookie odds

Additionally, Capital One onsale is being rescheduled to Wednesday at 2 p.m. local venue time. 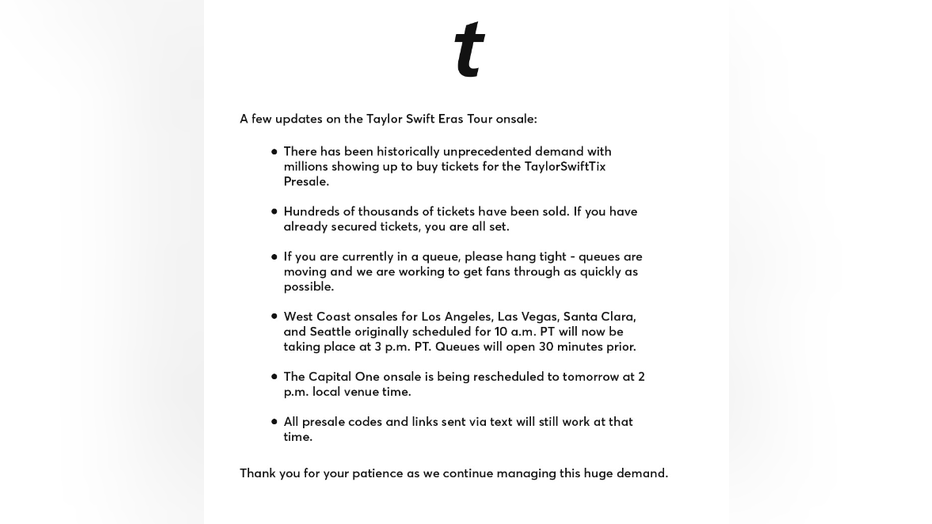 Those lucky enough to get a presale code from Ticketmaster had access to tickets the morning of Nov. 15. Capital One credit card holders got access a few hours later, and the general public gets access a few days later on Friday, Nov. 18.

She’s expected to sell out every stadium she’s playing, which includes 20 cities across the U.S. All cities are hosting multiple shows, with a two-night kickoff in Arizona on March 17, 2023, and a five-night U.S. finale in Los Angeles in early August 2023. International dates are still to be announced.

It’s the superstar’s first tour since 2018, and her first ten studio albums are all included with the theme.

Bookies.com looked at Swift’s ticket sales from her 2018 Reputation Tour to get a feel for how well her shows will sell this time around.

Bookies.com is estimating that 2.8 million tickets will be sold for The Eras Tour, which equals out to an average of just over 54,000 tickets per show. That tracks right along with the Reputation Tour, which averaged 54,217 per show.