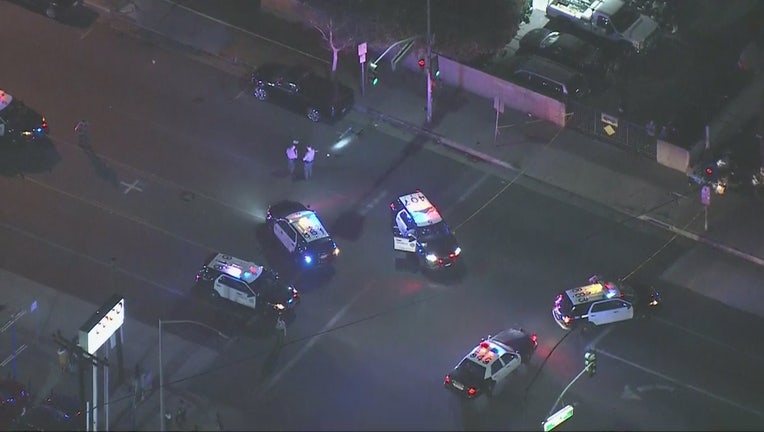 Deputies were initially called to investigate a report of a Hispanic male victim on the ground bleeding from his body but responding deputies found three Hispanic men that were suffering from stab wounds., according to the Los Angeles County Sheriff's Department.

All three victims were taken to local hospitals. One victim was listed in critical condition and two were stable, officials said.

The L.A. Sheriff's Department says deputies located a suspect nearby and took him into custody. A description of the suspect was not immediately known.

Authorities did not release further details.