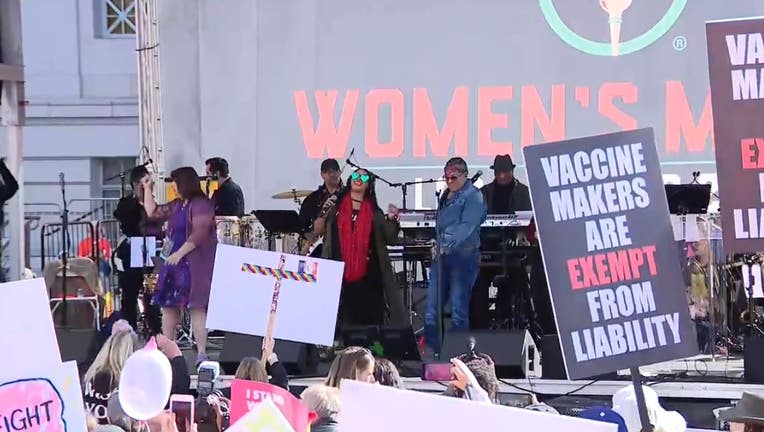 LOS ANGELES - The fourth annual Women's March LA: Women Rising will be held Saturday in downtown Los Angeles with thousands expected to march to demand the next president have a clear agenda to advance women's rights.

Similar marches will be held across the nation as they have each year since 2017 in connection with President Donald Trump's inauguration.

The march is organized by the Women's March LA Foundation, which describes its mission as "continuing the important work of  highlighting the struggles of marginalized communities and all attacks on human rights.''

The foundation bills Women's March LA as "an inclusive, non-partisan march and everyone who supports women's rights is welcome.''

The closures will be in effect from 7:30 a.m.-4 p.m., according to the Los Angeles Department of Transportation.

Metro will run enhanced service on all rail lines from 7 a.m.-5 p.m., with longer trains on all lines, except the C Line, formerly known as the Green Line. Metrolink will also run additional train service to Union Station.