PALM HARBOR, Fla. - Workers at the Boot Ranch shopping center in Palm Harbor are breathing a sigh of relief after seeing a nearby retention pond filled with water once again.

Melissa Murray and Jaden Maldonado were surprised to learn the large retention pond behind their workplace was home to dozens of turtles and at least three alligators. The two had a few wildlife sightings from time to time, but their neighbors became especially visible when construction workers began to drain the concrete pond in April.

"They started draining down the water and you could actually see some of the wildlife that are dead because they had no water and no food," said Maldonado.

Various aquatic animals, including large softshell turtles and alligators, travel through a network of underground culverts to nearby retention ponds. When workers began cleaning up the largest of the retention ponds behind the shopping center, they blocked off access to the culverts, cutting off an escape route and important shade areas for animals.

For five weeks they watched as water continued to dry up and several turtles and alligators became trapped in a bleak concrete pit. Maldonado and Murray say at least one alligator died. Fox 13 crews observed dead birds and frogs on the scene on Friday.

"It made me upset. They were out here to die," said Murray.

Murray and Maldonado say construction workers ignored their pleas to avoid injuring the trapped animals with their heaving machinery and vehicles. They reached out to Florida Fish and Wildlife. 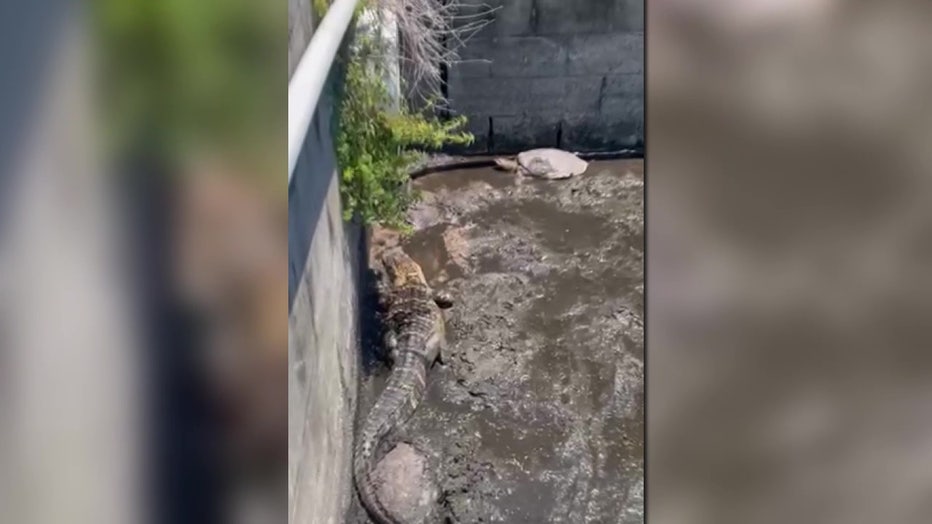 FWC workers made several visits to the site, removing some turtles, but many more animals, including alligators, were left behind in what Murray and Maldonado describe as an increasingly dire situation.

Finally, they contacted animal rescue groups for help. Wildlife rescuer Fairl Thomas says she was shocked by what she saw when she arrived.

"It was just completely dry cement. There were some piles of muck, a little bit of water dripping around in the corners, and these animals that were huddled up in the corners desperately trying to get shade or any kind of moisture that they could," explained Thomas.

Thomas says she contacted Shoppes of Boot Ranch property manager Walter Jakubik to ask for help to no avail. 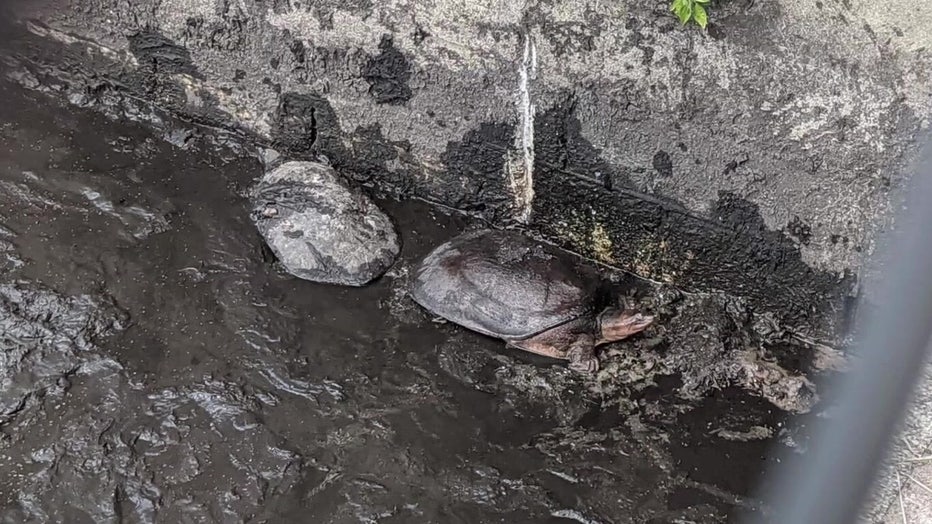 "It reached a point where it got argumentative and we were warned that we would be written up for trespassing if we're there around the retention pond and we're not there as shoppers, which obviously I was there to rescue turtles, not shop at Target," said Thomas. "Fortunately, no one came out and told me to leave."

Jakubik did not immediately return our request for comment.

"Had I not gotten the turtles out of there being soft on turtles, they probably would have dried up and not made it very much longer," said Thomas. 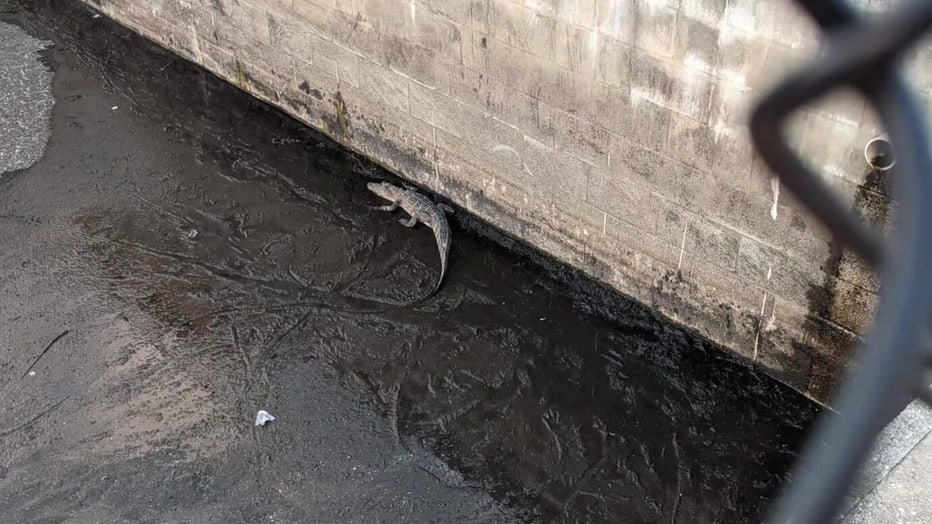 But she couldn't do anything for the alligators.

"It was a very helpless feeling for me, being somebody that rescues all sorts of wildlife, seeing these animals and their suffering and I couldn't do anything about it. So that was when I took to Facebook and called [Fox 13], because I just wanted everybody to know and everybody to pressure the management to put water back in there so these animals would stop suffering," stated Thomas. 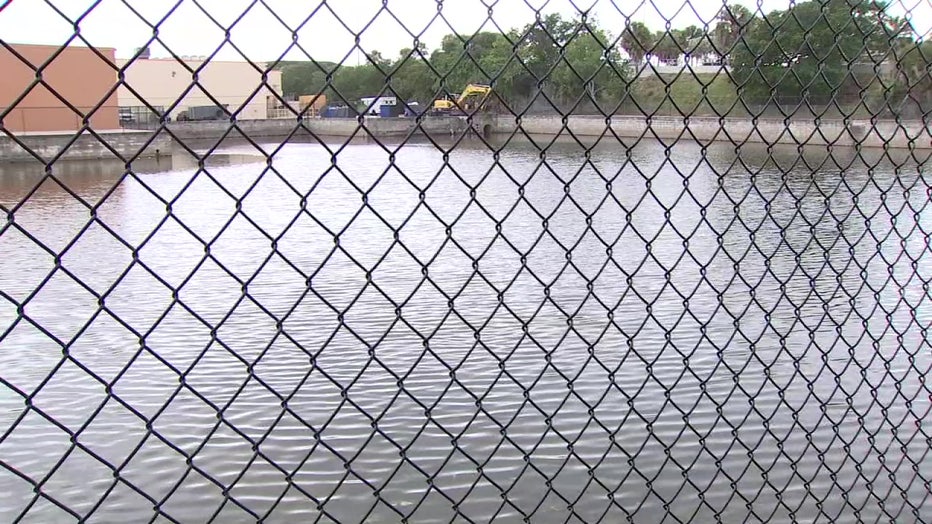 It worked. On Thursday, Murray and Maldonado say the pond was filled once again.

"I'm just so relieved that they're no longer cooking on the concrete anymore," said Thomas.