One of the world's biggest bands is playing at SoFi Stadium.

As the band set foot at the airport, frontman Mick Jagger commented he should have "worn tweed," a thicker fabric. 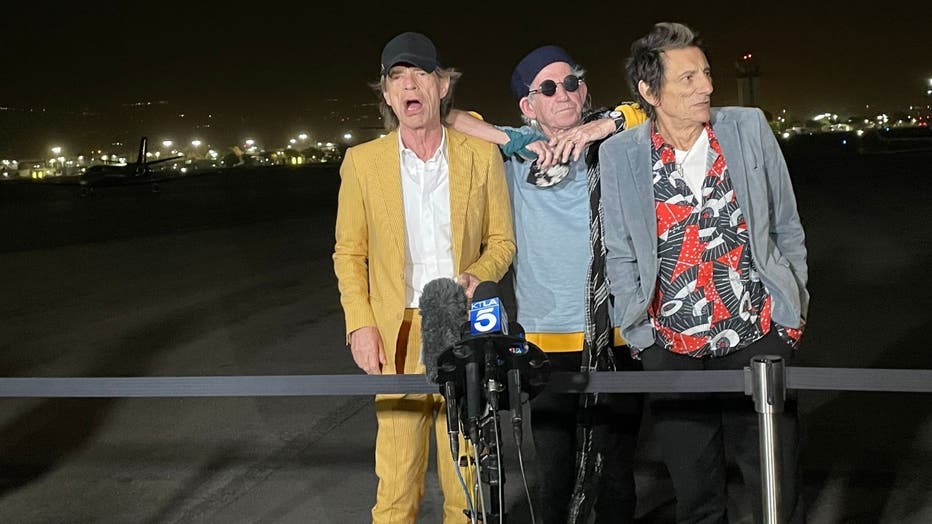 Mick Jagger, Keith Richards and Ron Wood waved to reporters from the doorway of their 757 chartered Delta plane before taking questions from the media.

On the loss of drummer Charlie Watts, Richard says, "It’s been rough."

As for playing in pandemic times, Wood says they feel "blessed."

One of the world's biggest bands is playing at SoFi Stadium.

The Rolling Stones play two dates at SoFi Stadium. It’s the biggest venue on their No Filter tour. The concert on Thursday, October 14 still has tickets available. However, the band's Oct. 17 show is sold out.