Anya Taylor-Joy and Ralph Fiennes star in "The Menu"

A trailer for "The Menu," in theaters now.

CHICAGO - "The Menu" director Mark Mylod comes to his latest film fresh off of a three-year run on HBO’s "Succession," which — if you’ll excuse the pun — makes him ripe for satirizing the world of haute cuisine and the wealthy idiots who eat it.

Now, "eat the rich" isn’t quite literal here, thankfully. This film is smarter and more unpredictable than that. But the general sentiment holds, as Mylod and screenwriters Seth Reiss and Will Tracy — both late-night scribes and former writers for "The Onion" — turn a coveted reservation into a living nightmare.

WATCH FREE ON TUBI: Sharp horror satire "The Cabin in the Woods" — get the app 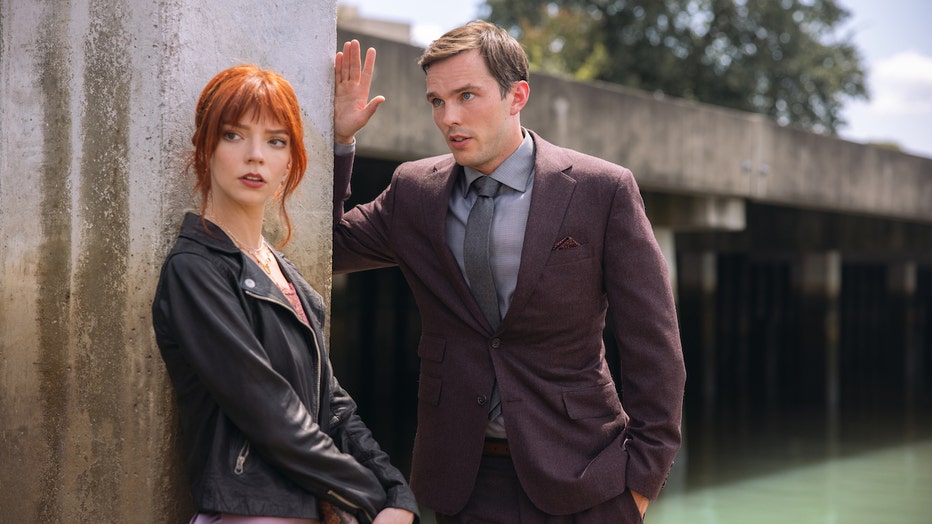 Everything is heightened about "The Menu," except for its protagonist, Margot (Anya Taylor-Joy). We first meet Margot standing on a rocky beach, smoking a cigarette as she waits to board a boat to what her date Tyler (Nicholas Hoult) promises will be the meal of a lifetime. He chides her for smoking, saying that it’s a waste of the thousands of dollars he’s about to drop on dinner at Hawthorn, the hottest fine-dining restaurant in the Pacific Northwest. (It dulls the taste buds, you see.) She rolls her eyes and follows him aboard.

The relationship between Tyler and Margot is ambiguous. They appear to be a couple, but their body language suggests that they haven’t known each other for very long. What is clear is that Tyler is one of those insufferable foodie types who can’t eat a sandwich unless it’s served on a $10 slice of organic artisanal bread, and will give a monologue on the history and technique of sandwich-making before taking a bite.

WATCH: Visit one of the world’s best restaurants in the documentary "Noma: My Perfect Storm" — get the app

Tyler is just one in a collection of elite archetypes embarking for Hawthorn that evening: There’s also a gaggle of tech bros (Rob Yang, Arturo Castro and Mark St. Cyr); an aging movie star (John Leguizamo) and his beleaguered assistant (Aimee Carrero); a food critic (Janet McTeer) who prides herself on her nastiness; and a moneyed older couple (Reed Birney and Judith Light) for whom the extraordinary has long since become mundane. Every one of them is obnoxious, entitled, and about to get what’s coming to them. 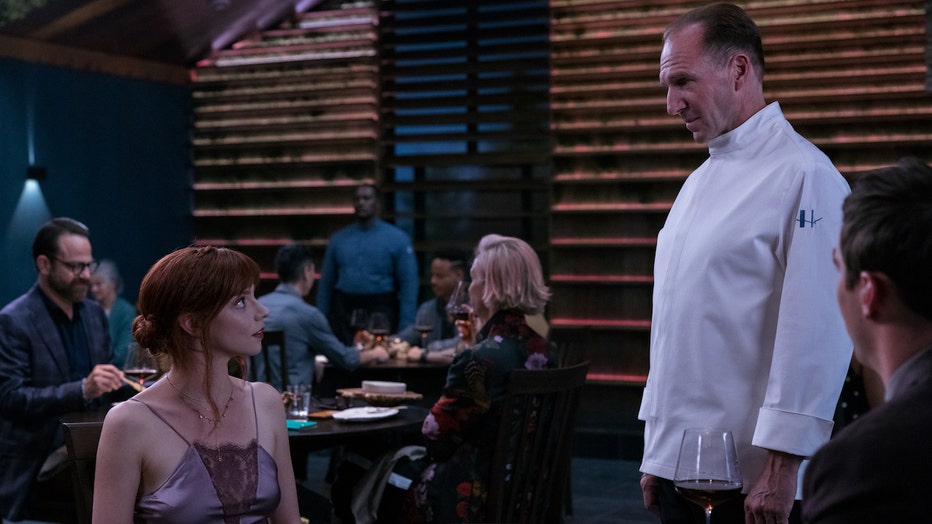 Stern, self-serious Chef Slowik (Ralph Fiennes) is worshiped like a god on Hawthorn Island—yes, this restaurant has its own island—and his employees are more like cult members. His second-in-command, concierge and tour guide Elsa (Hong Chau), is as condescending as her boss, admonishing her guests when she feels they’re not properly appreciating the brilliance that’s being put in front of them. The sous chefs are the muscle, the soldiers in Chef Slowik’s private army of gastronomic innovation. Whether the food tastes good is almost beside the point.

See "The Menu" for: Horror with a soupçon of crackling humor

"The Menu" is structured around the courses of Hawthorn’s famous tasting menu, which starts off as bog-standard haute cuisine (think foam, rocks, and pretentious paeans to the sea) but grows more sinister, more grotesque — and perhaps most unnervingly, more personal — as it goes along. Midway through the meal, the guests are surprised to hear that they’re being served tacos for their next course. Then the dish arrives, accompanied by a basket of homemade tortillas printed with impressions of documents revealing each guest’s dirtiest secrets.

And what’s up with the drunk lady passed out at a table for one in the corner? 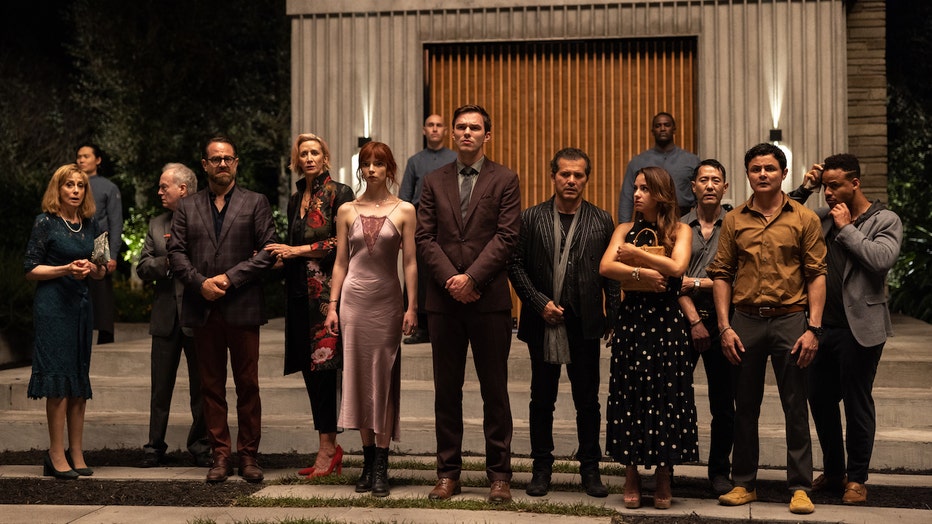 The characters in "The Menu" are one-dimensional enough that it’s easy to root for their demise — except for Margot, the normal person (and obvious viewer surrogate) who has no business being present for Chef Slowik’s deadly special. Margot ends up becoming a "get out of jail free" card for the screenwriters as the story goes along, a convenient hinge on which the plot can pivot when it needs to do something besides continue on the death march towards dessert. Still, the cynical banter between Taylor-Joy — who has her own reasons to hate these people — and Fiennes keeps the film’s edge sharp when the digs at foodie culture start to get repetitive.

RELATED: ‘Fresh’ is deviously delicious — and we want seconds

In its final act, "The Menu" is a little patronizing towards Margot, and the presumed cheeseburger-and-fries tastes of the audience by extension. But there are enough wickedly funny jokes in the script to give "The Menu" a pass. Mylod captures both the luxe-minimalist aesthetics and the snobbish mannerisms of the "if you have to ask, you can’t afford it" circles these characters travel in with a knowing, tongue-in-cheek flair, and Chau, Holt and Leguizamo all give lively comedic performances that balance out the horror elements like a squirt of lemon juice on a fatty piece of salmon. 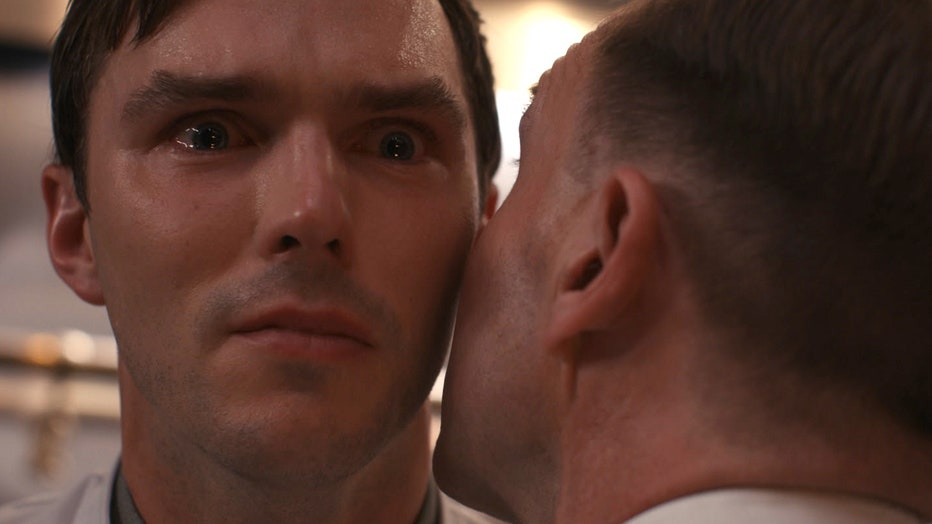 WATCH FREE ON TUBI: "Anthony Bourdain: A Cook’s Tour" — get the app

Some of the courses on "The Menu" are sublime, while others are merely adequate. Still, you won’t leave hungry — which is more than can be said for the type of restaurants this film is skewering. 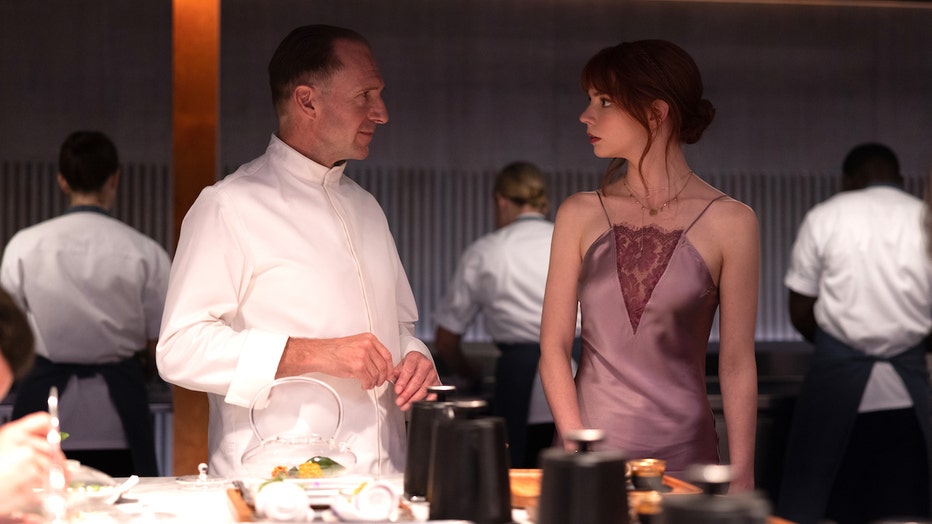 About the writer: Katie Rife is a film critic, programmer, and former Senior Writer of The A.V. Club. Her work has appeared in Rolling Stone, Vulture, and Indiewire, among other outlets.

Make it a double feature with "The Stepford Wives ," streaming free on Tubi

Even if you’ve never seen this 1970s horror cult classic (or the much-maligned 2004 Nicole Kidman remake), you’re probably familiar with its central premise: A picture-perfect suburban community where all the wives are docile and subservient. New-to-town photographer Joanna Eberhart (Katharine Ross) is our entry point to the mysterious town of Stepford and its titular wives. And what she finds there offers a pointed message about the pitfalls of patriarchy. (And yes, skip the remake.) Rated PG. 114 minutes. Dir: Bryan Forbes. Featuring: Katharine Ross, Paula Prentiss, Peter Masterson, Tina Louise, Franklin Cover.

"The Stepford Wives" is streaming free on Tubi — get the app

How to watch "Thor Love and Thunder"

"The Menu" is now being served in theaters everywhere. It is not currently available to stream.