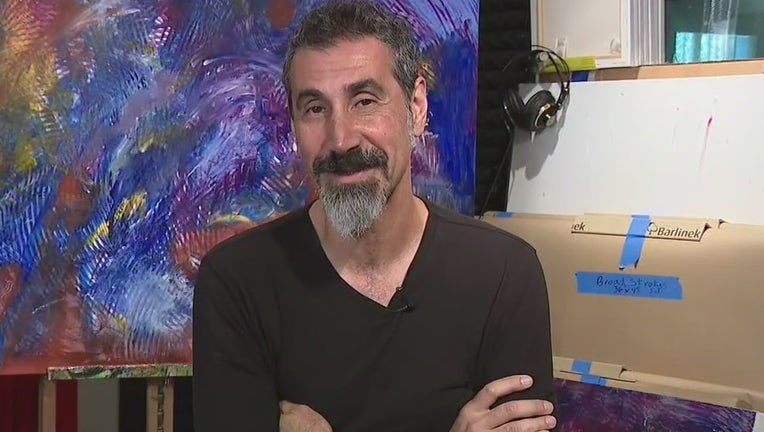 GLENDALE, Calif. - System of a Down frontman Serj Tankian's art exhibition is now open for public viewing from July 2 to 16 at Tufenkian Fine Arts in Glendale.

The exhibit "The Incandescent Pause" offers a unique chance to view the artwork through an audible and visual experience. Those who wish to attend are being asked to bring headphones, download Arloopa and listen to the musical pieces he has composed for each piece.

For the past six years, world-renowned rockstar Serj Tankian has been busy exploring other art forms.

"For years, I had the idea of composing musical paintings. At first, I thought of composing to other artists’ paintings, which could be fun as well and then one day I just thought to myself, ‘I have this composition and I really want to paint.’ How do I make this work? Luckily I liked my first painting. Otherwise, I wouldn't have continued," said Tankian.

All of Tankian’s paintings are musically scored.

"We have an optical recognition APP (Arloopa) that bridges that gap and allows people on their smartphones to be able to hear the paintings. That was important for me as a composer, as a musician," said Tankian. 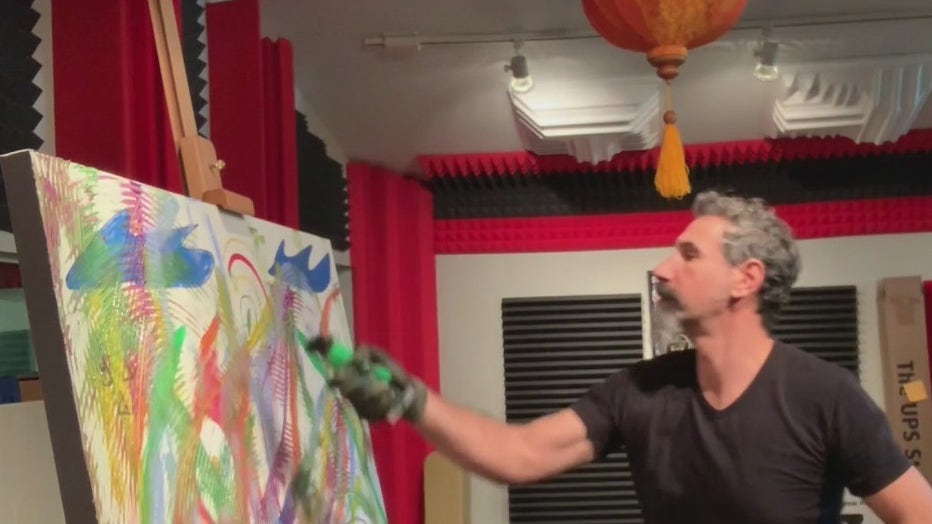 His first exhibition was in 2013 in Hollywood.

"The exhibition was called ‘Disarming Time’ after my first painting. Most of my paintings at the time had the clocks, the measures, the musical kind of visuals along within the painting," he said.

Over time, his paintings have evolved into the abstract genre. This exhibition "The Incandescent Pause" was supposed to take place in 2020.

RELATED: System of a Down releases new music for first time in 15 years to benefit Armenia

"It was disastrous for the world economy, for people's income, for our health. I had personal health problems. I had so many things planned for the year. We had 22 shows with System, we had art exhibitions, film premieres, records to be released, all this stuff — and then there was the incandescent pause. It really had an awakening factor and that's what incandescent pause means to me – a pause –  that really made us reflect and go we have to do better coming out of this. We have to do better as a global society," said Tankian. 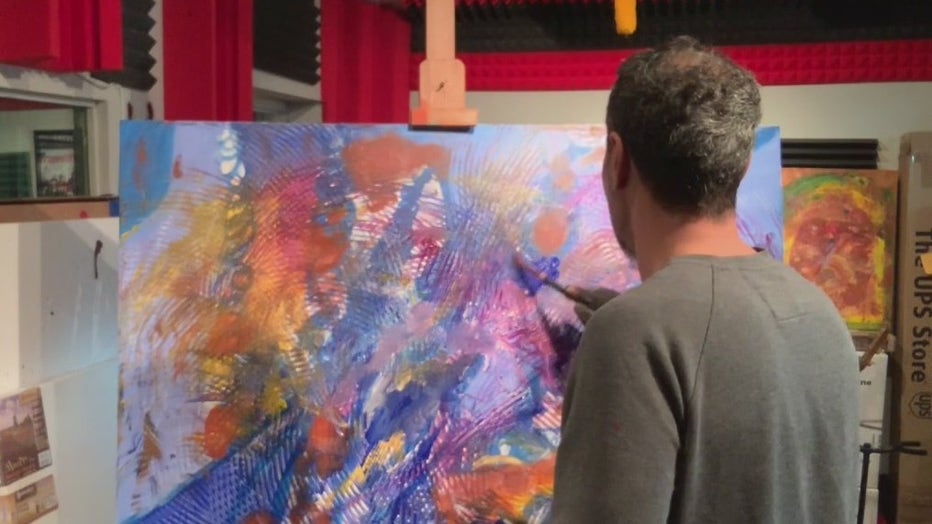 "At first it was really difficult to be creative because it was just very negative and kind of baffling. I couldn't be creative. Then you realize, you have all this time, and as an artist, you're like ‘OK, I gotta do something.’ So, it became a time of the incredible amount of creation, I finished about nine records worth of music or 10 records worth of music, paintings and all of this stuff, which we're releasing all this year," said Tankian.

"My music always has been nonconformist and challenging – and revolting at times. I paint the same way. I don't look at what people do, I don't paint within the parameters. I do what my intuition tells me to do. When I’m painting, I am free as an artist. My hands go where they're supposed to go, I don't know what I’m doing. But I never knew what I was doing as a musician either, I just created and was confident in the fact that it is coming from a good place," said Tankian.

The artist is even taken aback by his own creations.

"I’m still in the phase where I’m surprised by the output. I am lost in this exploratory, beautiful, colorful world and I am grateful," said Tankian.