HOUSTON - A Texas father and licensed gun owner reportedly chased down a "peeping Tom" spotted gratifying himself outside his 10-year-old daughter’s window – before ultimately shooting him outside a nearby gas station, according to reports.

A husband and wife, whom authorities noted are both licensed handgun carriers, heard their young daughter scream from her bedroom around 10 p.m. Sunday after spotting a man inappropriately touching himself outside a window, KTRK-TV reported, citing Harris County Sheriff’s deputies.

"She looks over at the window and this guy is at her window," the girl’s mother, who preferred not to be identified, told KPRC-TV, about what her daughter experienced. "He took my daughter’s innocence away."

The couple armed with their handguns headed outside their home located 15000 block of W. Little York in Houston to confront the man, KPRC-TV reported. The father, who also preferred his name not be published, said he and his wife ordered the man to lie down in their front yard until police arrived – though the man did not comply. Instead, he headed toward across the street to a nearby Valero gas station. 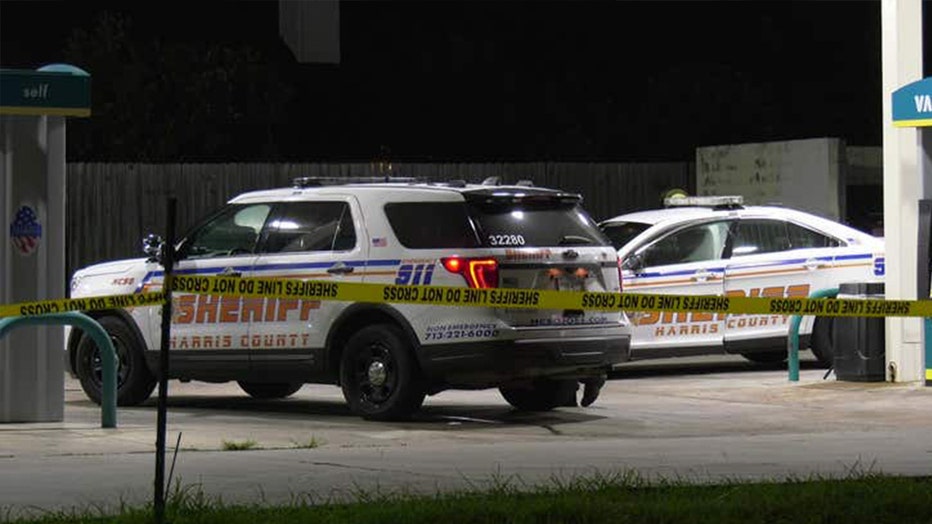 Deputies said the girl’s mother held the man at gunpoint outside the gas station, as the father headed inside to tell the clerk to call 911. But that’s when the suspect began wrestling the woman for her gun. He managed to disarm the woman and pointed her own gun in her direction. But her husband soon raced outside the gas station and fired at the suspect out of fear he’d shoot his wife.

"We didn’t want this guy to get shot. We were waiting for police to detain him because I’m pretty sure if he did this to my children, he’s doing it to a lot of other children out here," the woman told KPRC-TV. "We are praying for the suspect and we are also praying for his family."

But the father told KTRK-TV he believed he shot the man four times; twice in the chest, once in the stomach and once in the side. The sheriff’s office said the man was transported to the hospital in critical but stable condition. His name has not been released.

The case is being investigated by the Harris County District Attorney’s Office, KWTX reported.