BURBANK, Calif. - An employee of a retirement home in Burbank was stabbed to death Friday by a recently terminated employee, police say.

Burbank police responded to a retirement villa on 1911 Grismer Avenue around 8 a.m. regarding an attempted murder.

When officers arrived on scene they located a 27-year-old woman suffering from multiple stab wounds to her arms and neck.

She was transported to a local hospital where she later died. The woman’s name was not released, but police say she was a manager at the retirement home.

While officers investigated the scene they saw a man, matching the description of the suspect, running from the area and armed with a knife. 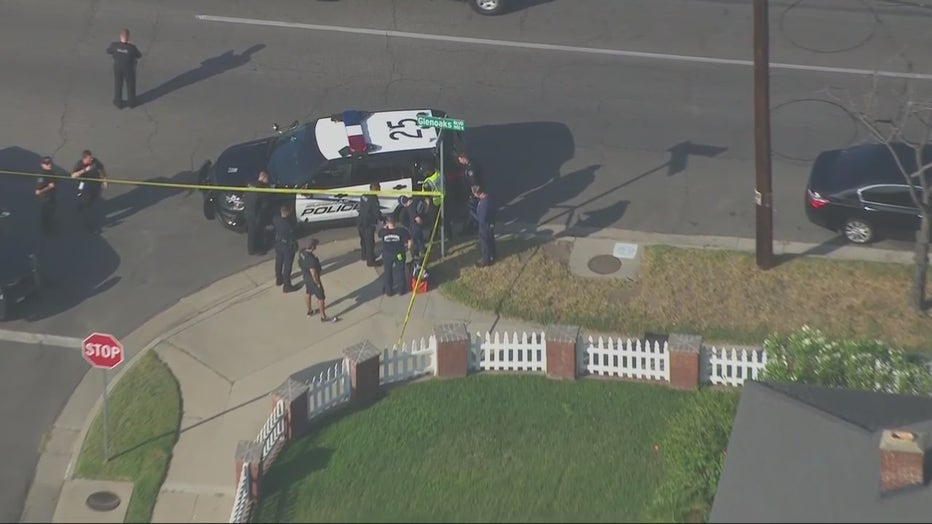 The suspect refused to comply with officers’ direction and swung the knife at them. Officers were soon able to detain him; witnesses identified him as the person who stabbed the victim.

The suspect, identified as 27-year-old Paul Lawrence Dunbar Haney IV of San Fernando, was booked on suspicion of murder and is being held without bail.

According to the Burbank Police Department, Haney had recently been terminated from the business and personally knew the victim.

"The suspect and the victim are known to each other. The victim was a manager at the facility. The suspect is a former employee who was recently terminated.  Outside of that we don’t know what the relationship dynamic was, but it’s not a random act of violence," stated Burbank police Lt. J.J. Puglisi.

Anyone with information regarding this incident is urged to contact the Burbank Police Department Investigations Division at (818) 238-3210.