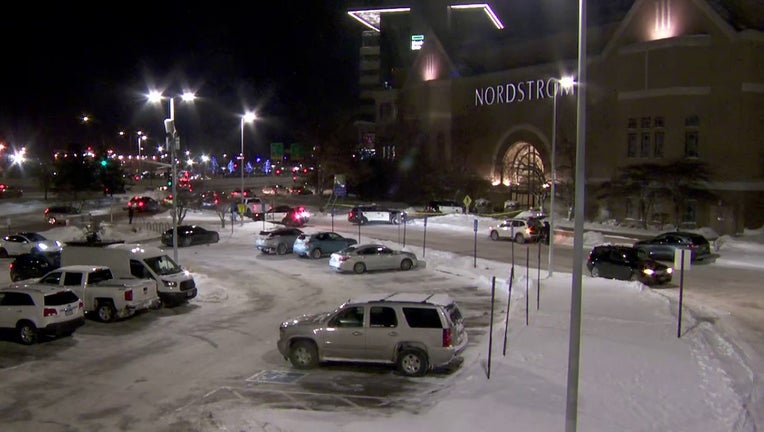 The Mall of America is in lockdown after a shooting Friday evening.

BLOOMINGTON, Minn. (FOX 9) - The Mall of America went into lockdown after a shooting Friday evening that left a 19-year-old man dead.

Bloomington Police said one person was shot and killed after two groups of males got into a fight. Police did not say whether anyone else was injured in the altercation.

"This is just stupid, stupid, stupid," said Bloomington Police Chief Booker Hodges. "Whoever did this, we will catch them. And whoever helps them, we will lock you up, too."

Bloomington Police initially responded to the sounds of gunshots coming from the first floor of Nordstrom around 7:50 p.m. Officers found a teenager with multiple gunshot wounds at the scene and provided life-saving measures. He was pronounced dead at the scene.

The preliminary investigation suggests the entire incident lasted around 30 seconds, according to police. A group of five to nine people got into an altercation in Nordstrom when one of the males pulled out a gun and shot the 19-year-old multiple times.

The mall went into lockdown after the shooting. Once the lockdown was lifted, the mall confirmed that all were evacuated, and the mall remained closed for the evening. It will reopen again Saturday from 10 a.m. to 6 p.m., but Nordstrom will remain closed.

Officer Hodges said police are in the process of identifying those involved and requested for them to turn themselves in.

"We are going catch you, we are going lock you up, and you are going to get an orange jumpsuit. It’s just a matter of when it’s going to happen," said Hodges during a press conference on Friday night.

"If anybody helps these people… we are going to lock you up with them," he added.

No arrests have been made. Police said they would provide additional information about the shooting on Saturday.

Police would not detail the current presence of metal detectors at the Mall of America entrances.

The medical examiner will release the name of the victim at a later date.