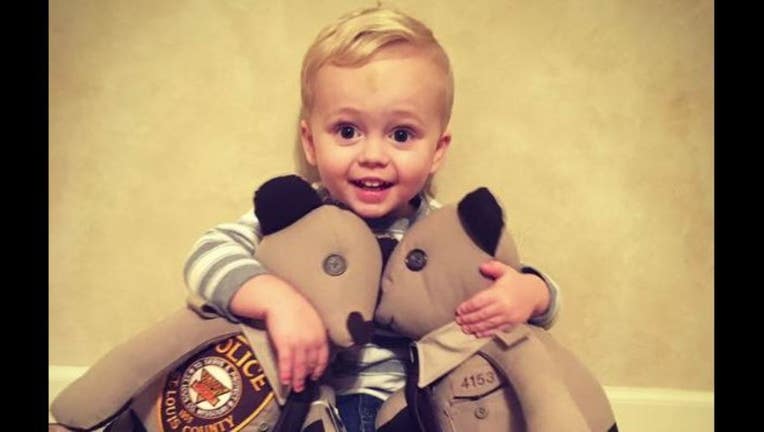 "He's been asking for his daddy a lot," an emotional Elizabeth Snyder told Fox2Now.com. "Which is hard, because I don't know how to respond to him yet, because every time I look at him, I'm reminded that my husband's not coming home."

St. Louis County Police Officer Blake Snyder, 33, was fatally shot at point-blank range on Oct. 6. He was responding to a report of a disturbance in a normally quiet St. Louis County neighborhood of Green Park.

Authorities said Snyder saw the 18-year-old suspect inside a car and ordered him to show his hands. Authorities said the suspect shot Snyder once with a 9 mm pistol that was found at the scene. Snyder was pronounced dead at a hospital a short time later.