A timelapse taken from the summit of Oregon’s Black Crater volcano captured the Perseids meteor shower on August 7.

Stargazers could be treated to a dazzling display at the end of May thanks to the remains of a shattered comet.

The possible meteor shower, called the tau Heruclid, is forecast to peak on the night of Monday, May 30 and into the early morning of Tuesday, May 31, according to NASA. But due to the circumstances, astronomers say it will be an "all or nothing event."

Meteor showers happen as the Earth passes through the trail of dusty debris left by a comet. They’re usually named after a star or constellation that’s closest to where the meteors appear in the sky.

Some meteor showers happen regularly, occurring generally around the same time each year or at regular intervals due to the orbits of Earth and the comet. The Perseids, for example, peak in August each year. 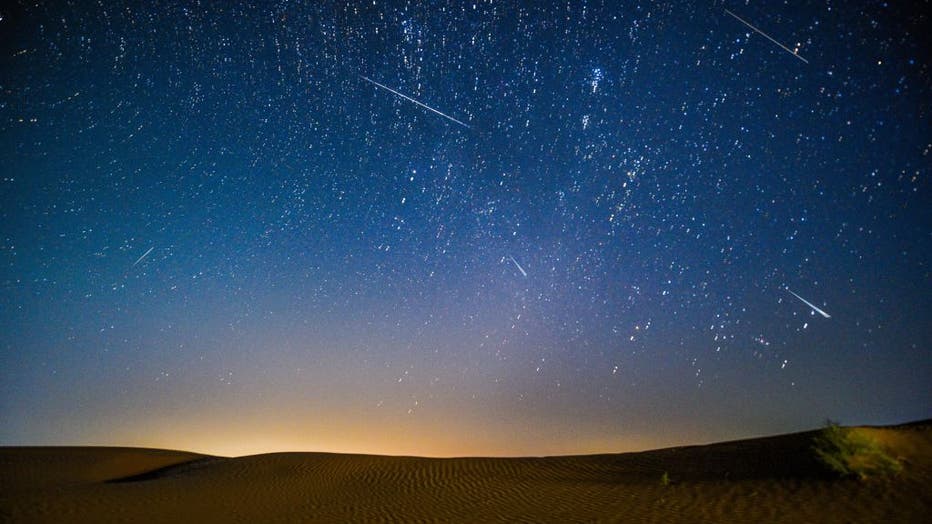 The tau Herculid shower was described by NASA as a "possible newcomer" because of the circumstances surrounding the comet 73P/Schwassmann-Wachmann, or "SW3."

In 1930, German observers Arnold Schwassmann and Arno Arthur Wachmann discovered the SW3 comet, which orbited the sun every 5.4 years, according to the space agency. Being so faint, SW3 wasn’t seen again until the late 1970s.

Then in 1995, astronomers realized the comet had become about 600 times brighter and had become visible to the naked eye during its passage, NASA said.

Astronomers learned that the SW3 comet had shattered into several pieces, littering its own orbital trail with debris, the space agency said. When it passed Earth again in 2006, it was in nearly 70 pieces and has continued to fragment more ever since.

Will we see the tau Herculids?

NASA said it’s not certain if some of this debris will come into contact with Earth, producing the meteor shower.

If it does make it to us this year, the debris from SW3 will strike Earth’s atmosphere "very slowly, traveling at just 10 miles per second." This relatively slow speed for a meteor means it might not shine as bright, the agency said.

It’s also unclear how many debris streams will end up in our atmosphere. The Space Weather Archive blog said the shower could be as intense as 1,000 meteors per hour or as weak as nothing at all.

"No one knows how much debris is inside the approaching streams, so meteor rates are hard to estimate," the blog states.

But the good news is that North American stargazers are in a good position to view it. The moon is new, so there will be no moonlight to wash out the faint meteors, according to NASA.

"This is going to be an all or nothing event," said Bill Cooke, who leads NASA’s Meteoroid Environment Office at the Marshall Space Flight Center in Huntsville, Alabama. "If the debris from SW3 was traveling more than 220 miles per hour when it separated from the comet, we might see a nice meteor shower. If the debris had slower ejection speeds, then nothing will make it to Earth and there will be no meteors from this comet."

How to watch the tau Herculid meteor shower

Maximum activity is expected around 1 a.m. ET on May 31 or 10 p.m. PT on May 30, according to the Space Weather Archive blog.

Viewers will want to head out at least 45 minutes early to give their eyes time to adjust to the darkness. Lie down on a blanket or lawn chair and look straight up, taking in as much sky as possible.

The shower’s radiant (the point from which all meteors stream) will be almost straight above Baja California, the blog said — so the southwestern U.S. and Mexico may have the most favorable location for viewing.

Other areas of the U.S. may still be able to see the potential outburst but at a lower altitude.