Two people, including a child, were stabbed while shopping at a Target store in Downtown LA Tuesday night. The suspect was shot and killed.

LOS ANGELES - Two people, including a 9-year-old boy, are in critical condition Wednesday after they were stabbed by a homeless man in what law enforcement is calling an "unprovoked attack" inside Target in downtown Los Angeles.

The Los Angeles Police Department responded to a call near the intersection of 7th and Figueroa streets Tuesday around 6:30 p.m.

LAPD officials said the young boy and a 25-year-old woman were both stabbed by the suspect. The suspect, who is believed to be homeless, picked up a large kitchen knife in the store and threatened to kill the little boy then stabbed him and the other woman, police said. The boy tried to walk away, but was stabbed in the back.

Following the stabbing spree, the suspect was shot and killed by the store’s security guard.

2 people stabbed, including a 9-year-old, in Target in downtown LA

Two people were stabbed, including a 9-year-old child, and a third person was punched at a Target in downtown Los Angeles.

LAPD does not believe the two stabbing victims are related to one another. The boy was at the store with his mother, who was not present at the time of the attack, Moore added.

Moore said good Samaritans intervened in both cases, pulling the victims to safety.

The little boy was identified by family as Brayden. A GoFundMe has been created to help cover medical costs.

Authorities continue to investigate a motive for the stabbings. 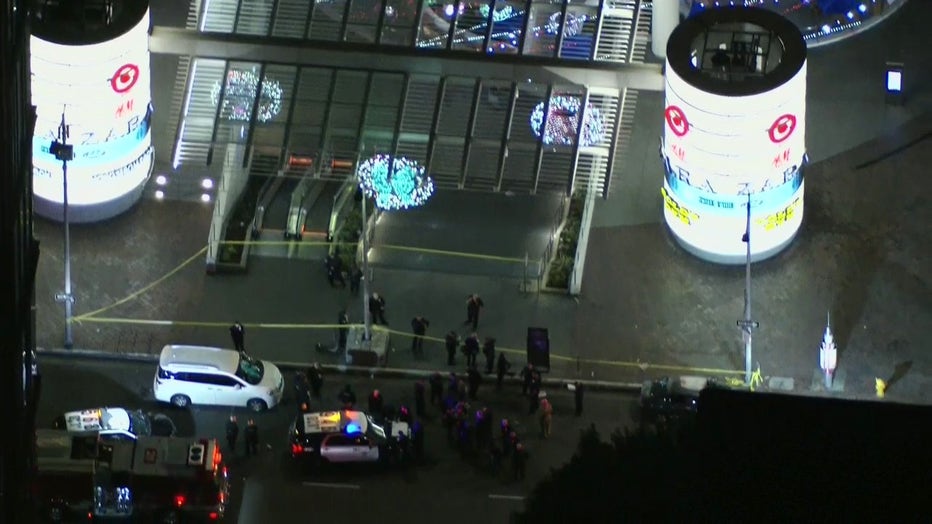 Two people are fighting for their lives at the hospital after being stabbed inside a Target store in downtown Los Angeles.  (FOX 11)

Anyone with information is asked to call LAPD.