LOS ANGELES - After a 15-year hiatus, System of a Down is finally releasing new music amid the ongoing war between Armenia and Azerbaijan.

For years, fans have been begging for the Grammy-award-winning, multi-Platinum-selling rock band to get back together and release new music.

Some of System of a Down's biggest hits include "Chop Suey," "Toxicity," and "B.Y.O.B" that peaked in the Billboard charts in 2005.

But what's bringing the band together to put out two new songs is something very serious --- a war in their ancestral homeland---  that's spiraling out of control.

Bassist Shavo Odadjian and lead vocalist Serj Tankian opened up to FOX 11's Araksya Karapetyan about how important this moment was to come together to raise awareness about the ongoing humanitarian crisis in Armenia. 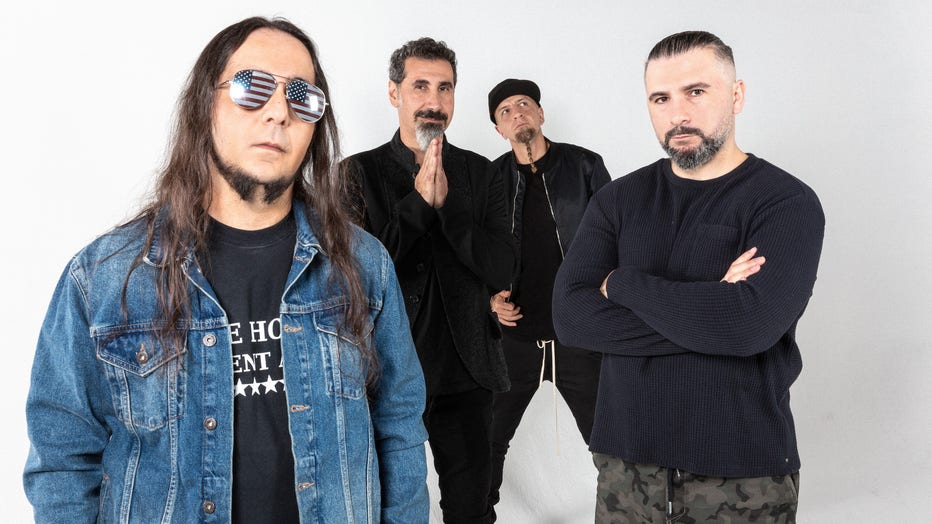 "We’ve been together as in, we've gone on tours together, played shows together, hung out together, gone to lunch, going to dinner. We're friends, you know what I mean? We're all friends. It's just, we haven't been in there creatively together. So when we got in there, at first tension was a little high because we didn't know how everyone was going to be, but about five minutes into it, we were talking, laughing's talking about the song, how it's going to be, how we're going to help and what this is going to do for our people. That's the number one thing was what this is going to do to work and help out, how it's going to help our people. Because I feel like it's kind of like a Trojan horse, you know, it's like we're walking in and the world's going to listen because it's 15 years, we haven't done anything," said Odadjian.

"It’s about raising awareness about what's going on with the humanitarian catastrophe perpetrated by Azerbaijan and Turkey--- and it's about trying to raise funds. The band is donating all of its proceeds to Armenia Fund," said Serj Tankian. 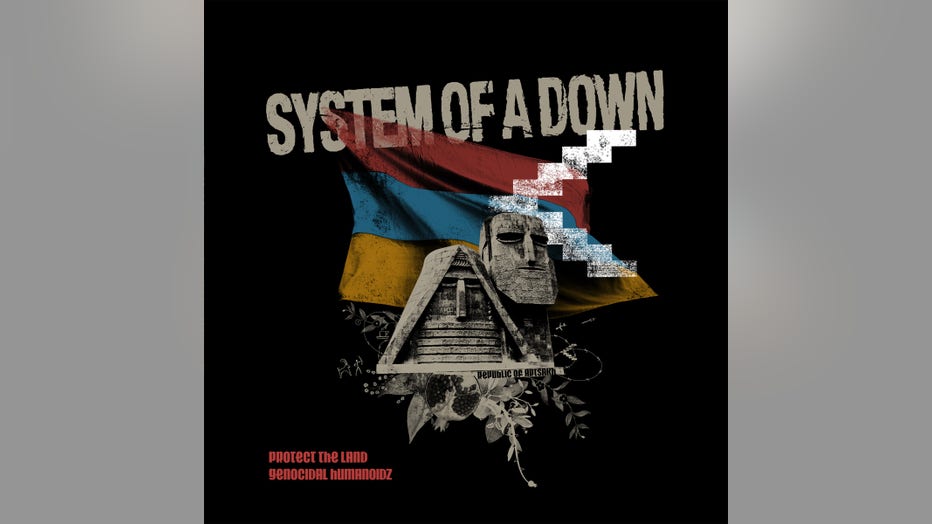 Tankian recently returned home to Los Angeles. He spends his time between New Zealand and Los Angeles. He’s been away for the past 9 months during the COVID outbreak but came back to join the Armenian-American community in their heightened activism.

"I was thinking of the United States and how we were formed as a nation and the independence movement. And how, imagine if England came back 26 years later after U.S.’s independence in 1776 with a grand army, huge military ships and just attacked. What would Americans do? Would they just say this used to be a colony? So this is not our land we should leave or would they fight? For their survival and their families, the Armenians of Artsakh are indigenous to those lands since 500 B.C. They have lived on those lands forever. They've never lived under any other jurisdiction, including Azerbaijan. Joseph Stalin stole those lands in 1921 and decided to redraw the map. But Armenians have always lived there autonomously. And so in 1994, they won their independence through a war with Azerbaijan and it should have been all settled there. But Azerbaijan took 26 years to arm themselves, use xenophobia to train their children, to hate us in a really horrible racist fashion, as we can all see it, you know, everywhere on the media right now. And they attacked with the help of Turkey, Erdogan of Turkey. They’ve brought in mercenaries over from Syria and Armenian forces are fighting Turkish forces and also mercenaries jihadis. Now, this war is going to destabilize the whole region. It already is destabilizing, the whole region with Russia and Iran on the border,” said Tankian.

"I'm just really crushed. It's... It's like my wife said this, it's like waking up to 9/11 every morning for us, you know, remember 9/11, how we woke up. We have to prevent it because if we let it go, this could lead to another genocide. They're systematically killing civilians saying, leave the land, of you don't leave, we're going to kill you. But this is our land. It's been our land for thousands of years. You could see with all the monasteries, the churches, all of the, the beautiful landmarks that we've created throughout the years, they're there and they're getting destroyed to be erased. So we need to prevent this in order to survive, in order to keep our culture alive," said Odadjian.

Odadjian has been working nonstop since September 27. He is now in the process of executive producing and co-directed the video for "Genocidal Humanoidz." And, as he has for all previous System of a Down releases, he executive produced the music video and curated the cover and art for "Protect The Land."

"I'm just very, very proud of us for doing this because we're just bringing out to light something that a lot of people are in the dark about," said Odadjian.

Daron Malakian produced and wrote the music and lyrics to "Genocidal Humanoidz" and "Protect The Land" —  which incorporates recent footage of the recent demonstrations here in LA and around the world, as well as the on-the-ground fighting in Artsakh.

"The song is about the soldiers. It's about those protecting our land at the moment. You know, we are a part of the diaspora, we're all over the world, doing everything we can. But the reality is that these kids, 17 to 20-year-olds are out there fighting every day. It's been 30 some days now.... we're losing kids. This is to boost morale and let them know we got their back and we're here even though we're thousands of miles away, we're still here, we're here. We're not going anywhere," said Odadjian.

The idea came together quickly when John Dolmayan sent out a group text.

For them, this is a moment they say they cannot ignore. This is a war that everyone is fighting in. For them, their instruments and voices are their weapons.

"This is a fight for civilization. This is a fight against terrorism. So the whole world should be involved in this. It’s a beautiful, powerful thing to experience that a nation so old, from the oldest part of the world, is standing up in modern times to a new brutality. We’re standing together with attitude this time and saying to the world that we will not deal with this again. I am very confident that the collective unity of the Armenian nation around the world will no longer sit down," said Tankian.

Both songs are streaming now on all DSPs and are available for purchase on Bandcamp with all band royalties earmarked for the Armenia Fund.  You can check out the music video for “Protect The Land” here.