BURBANK, Calif. - The pursuit of a suspected drunken driver wanted for assault on a police officer ended with authorities firing a less-than-lethal round that struck the suspect, knocking him to the ground, where he was swarmed by officers on the northbound 5 Freeway in Burbank and taken into custody Wednesday night.

The high-speed pursuit began in Burbank after an officer reportedly attempted to pull over the suspect around 11 p.m. As the officer approached the suspect, the suspect tried to ram the officer with his car, according to the California Highway Patrol. 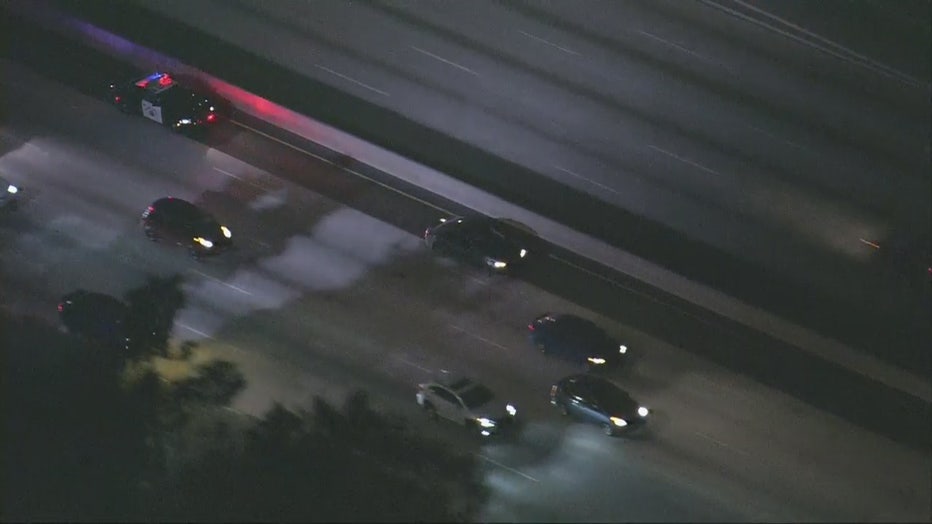 The chase saw the 5 Freeway before getting on the 10 Freeway passed Downtown Los Angeles.

CHP eventually joined the chase as it headed back to the 5 Freeway and area of Atwater Village.

At about 11:25 p.m., the suspect exited the vehicle after the car became disabled on the northbound 5 Freeway. Aerial footage showed the suspect not complying with police ordered to surrender. No weapons were seen on the suspect. 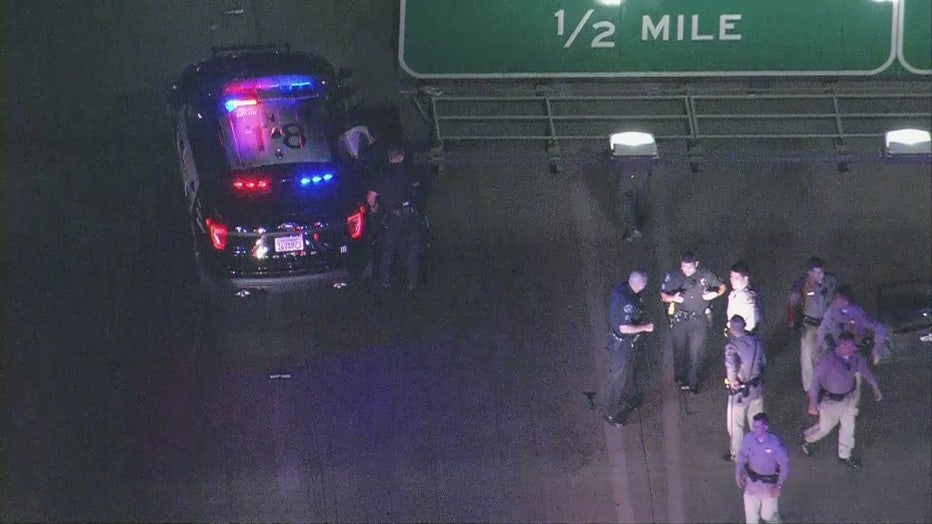 Approximately two minutes later, the suspect was hit with less-lethal shots, striking the suspect in the upper body, knocking him to the ground where officers were able to place the suspect into handcuffs.