Suspect wounded after being shot by sheriff's deputy in Willowbrook

A sheriff’s deputy shot and wounded a suspect in the Willowbrook area late Wednesday night.

LOS ANGELES COUNTY, Calif. - A suspect was hospitalized after he was shot in the leg by a Los Angeles County sheriff’s deputy in South LA's Willowbrook neighborhood late Wednesday night, officials said.

Century Station deputies responded to an assault with a deadly weapon call at the intersection of Imperial Highway and Compton Avenue just before 11:30 p.m.  The caller indicated a man was armed and had pointed a gun at them.

When deputies arrived at the scene and made contact with a man who matched the suspect’s description, the suspect then pointed a gun at them. At this point, the deputies shot at the suspect, and he was struck in the leg by the deputies’ gunfire.

He was taken to the hospital for treatment and is expected to survive, LASD officials said. His name has not been released. 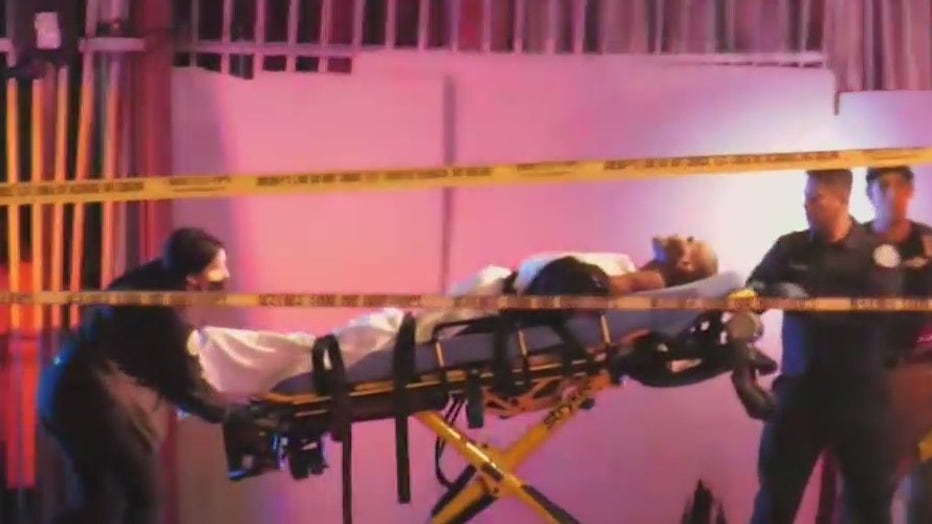 No deputies were injured in the incident.

LASD investigators said a black replica handgun was recovered at the scene.

Anyone with information is asked to contact the LASD Homicide Bureau at 323-8890-5500. Those who wish to remain anonymous can call Crime Stopper at 800-222-88477 or have the option of submitting tips online.