LOS ANGELES - A homicide suspect was taken into custody after an hours-long standoff inside a home in the Arlington Heights area.

The suspect, identified as Joshua Ramos, is suspected of beating a woman to death with a baseball bat.

Officers responded to the 2300 block of Venice Boulevard around 8:15 a.m. for reports of an assault with a deadly weapon, according to the Los Angeles Police Department.

Paramedics rushed the woman to the hospital where she later died. Meanwhile, investigators say Ramos ran back to his house and barricaded himself inside. Officers evacuated eight neighbors and after 5 hours of SWAT tactics and negotiations…they took Ramos into custody.

Images from SkyFOX showed several officers with their guns drawn walking towards the front door of the house as they prepared to take Ramos into custody. 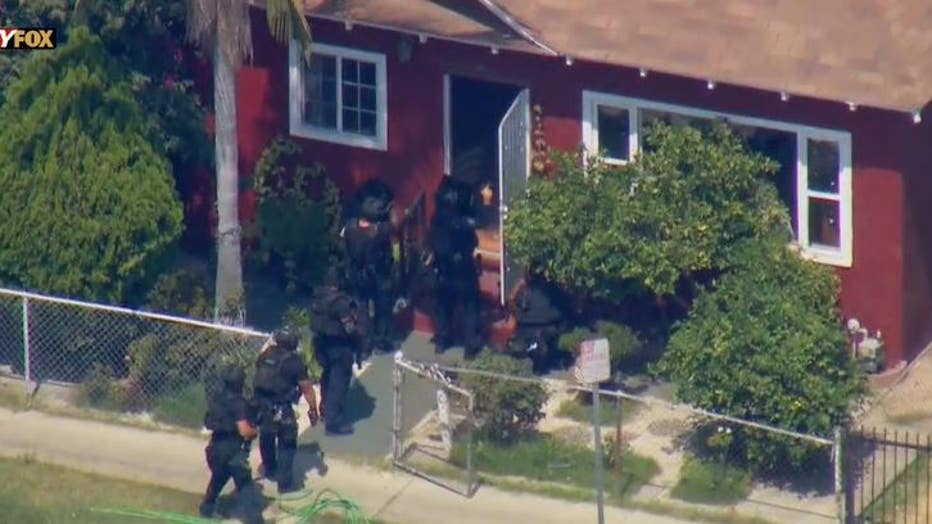 Fernando Meza woke up to the sirens and videoed this from his balcony. "We grew up together, we used to skateboard on this street after school, build ramps, flirt with the neighborhood girls. He was one of the only kids who had a computer so we would go play video games and did teenager stuff," Meza said.

LAPD says Ramos might have been under the influence.

"We strongly believe he is under the influence of a narcotic and has been for many days which is kind of fueling kind of irrational behavior," Deputy Chief Blake Chow stated.