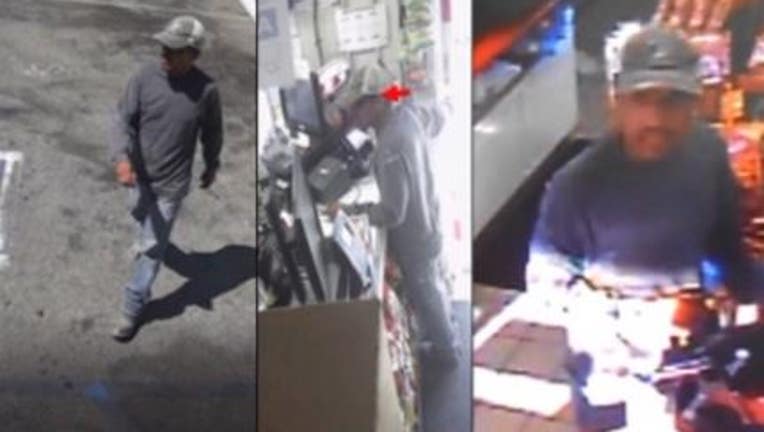 POMONA, Calif. (FOX 11) - A man wanted for a string of armed robberies in Pomona has been arrested.

Police say the robberies occurred at phone stores, insurance offices, gas stations and mini marts across the city of Pomona between July 29th and September 8th.

Officers say all of the locations were located within the same geographical area, which made them believe the suspect was a local to the area.

During the robberies, the suspect entered the store, brandished a weapon and demanded money before fleeing the area on foot.

The name and age of the suspect has not yet been released as police continue their investigation.

“A lot of hard work went into this by our Detectives and special units,’ said police Chief Michael Olivieri.