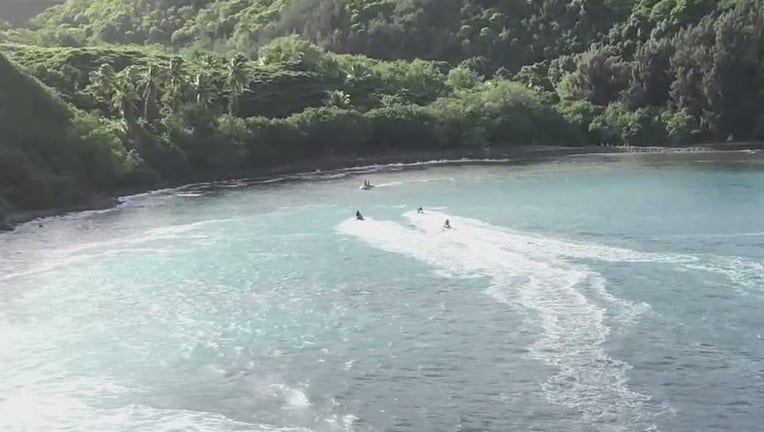 WAILUKU, Hawaii - A man who was bitten by a shark in the water off Maui has died from injuries he suffered in the attack, a hospital official said.

A 56-year-old man has died from his injuries sustained during a shark attack in Maui earlier this week, officials said.

Maui Health spokeswoman Tracy Dallarda said Wednesday evening that the hospital does not plan to identify the 56-year-old man or the time of his death out of respect for patient privacy, The Maui News reported.

The man was surfing in Honolua Bay when he was attacked just before 8 a.m. Tuesday.

Witnesses said first responders and event personnel tried to revive the man before he was transported to Maui Memorial Medical Center for surgery.

He was listed in critical condition Tuesday night and remained critical while he was in the hospital, despite media reports saying he was stable after surgery, Dallarda said.

The victim and several others were surfing as they awaited the start of the Women’s Surfing League’s Maui Pro contest. Contest organizers voluntarily suspended the competition on the day of the attack.

The World Surf League announced Wednesday it would not run the remaining heats at Honolua and was considering relocating to another Hawaii site.

In line with standard practice, shark warning signs remained in place on either side of the bay through noon Wednesday.