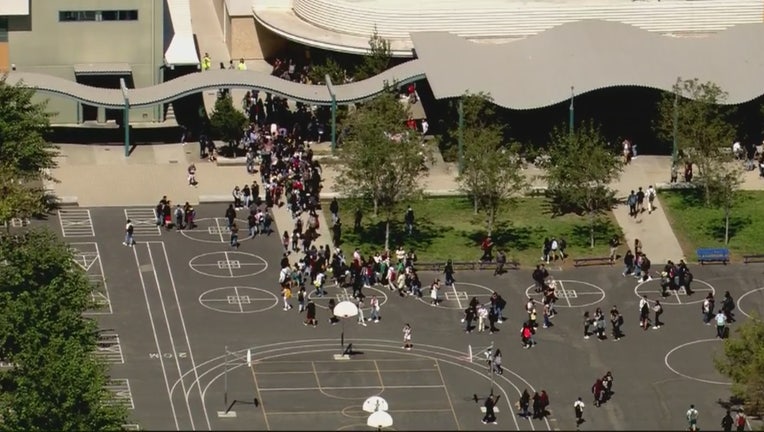 PANORAMA CITY, Calif. - Students and staff were being evacuated Thursday from Panorama High School and Cal Burke High School after a suspicious device was located in the vicinity of the two schools.

The students from both schools were being relocated to the nearby Michelle Obama Elementary School.

The bomb squad responded to the scene to investigate the suspicious device. They were able to declare the area safe by 3:30 p.m.

LA School Police asked the public to avoid the area as they investigated.

Parents of Panorama High School students were asked to request to pick up their child at the request gate on Lanark Street and Cedros Ave.

"You will then go to the reunion gate on Titus St (north side near faculty parking lot) for student pick up," school police said in a Tweet.