A family was inside their home on Brewster St. when the tree came toppling over. Luckily, no one was injured but they were awaken by the sound of the crash. 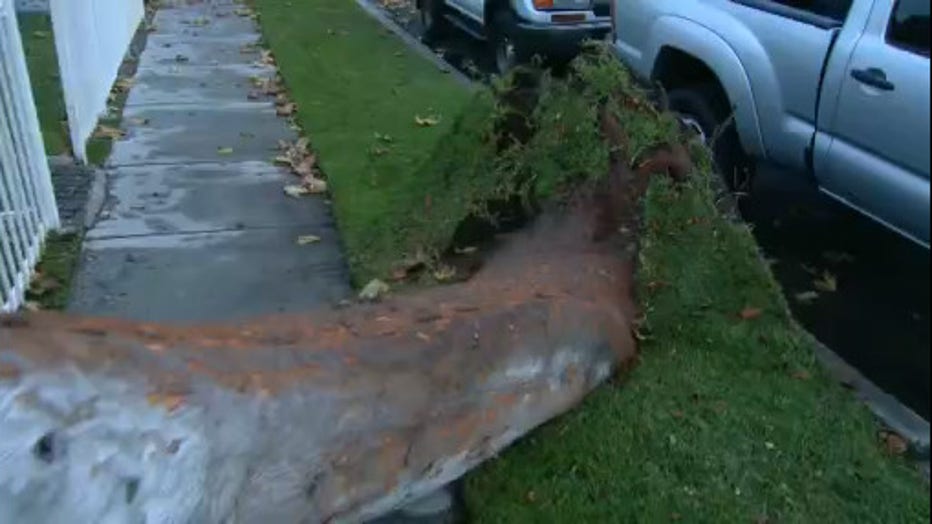 “It happened pretty quick, I didn’t know if lightning hit or a car hit, it sounded so loud and it was raining hard so it was kind of confusing to see what it was,” said homeowner Andy Cisneros.

The city's Public Works Department was contacted to help homeowners deal with the trees.

Mario Ramirez contributed to this report