BUELLTON, Calif. - A Lamborghini driver going more than 150 mph in Santa Barbara County was pulled over and cited by California Highway Patrol earlier this week. 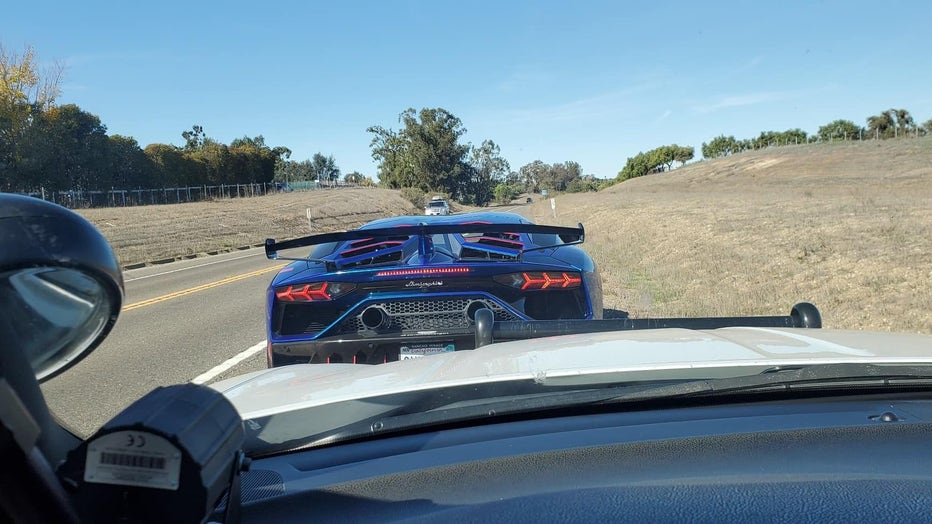 A speeding Lamborghini driver was cited by CHP in Santa Barbara County. / CHP

"We know how tempting it can be to ‘open it up’ when your car is fast and the weather is beautiful, but save it for the track!" CHP said. "Slow down, remove distractions, don't drink and drive and wear your seatbelts!"

CHP is reminding drivers that officers will be out in full force over the Thanksgiving weekend as the agency's maximum enforcement period is in effect from 6 p.m. Wednesday through 11:59 p.m. Sunday.

According to the CHP, 42 people were killed in crashes in CHP's jurisdiction during the 2021 Thanksgiving holiday weekend, including 16 pedestrians and a bicyclist.

Also, CHP officers made 1,033 arrests for driving under the influence during the four-day period last year, and they issued more than 5,600 citations for speeding and seat belt violations. 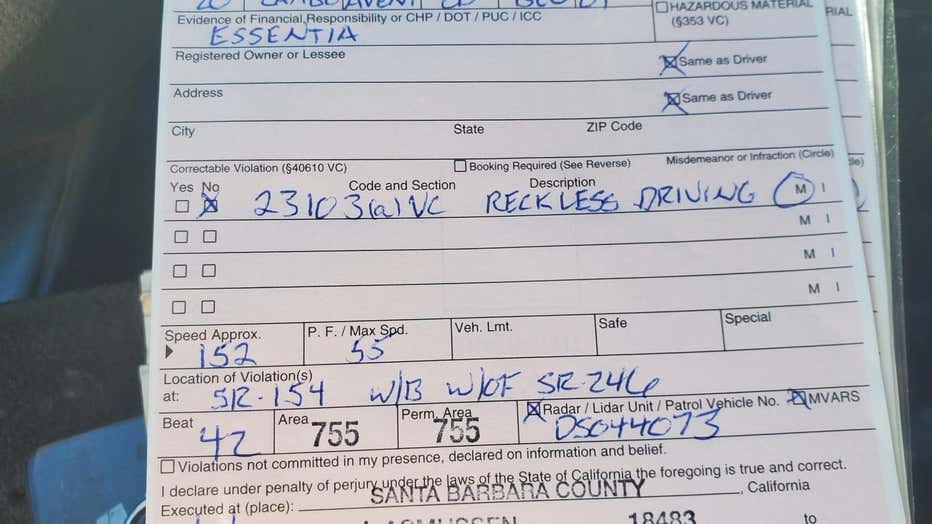 "As with every holiday, the CHP will work to keep motorists safe as they travel to gatherings with friends and family," Ray said. "Our officers will be on patrol to take enforcement action as necessary and to provide assistance to motorists who are stranded or in need of help on the side of the road."

AAA projects 4.5 million Southern Californians will travel for the holiday this week.

Of those travelers, 3.9 million will hit the roads in their cars and SUVs.