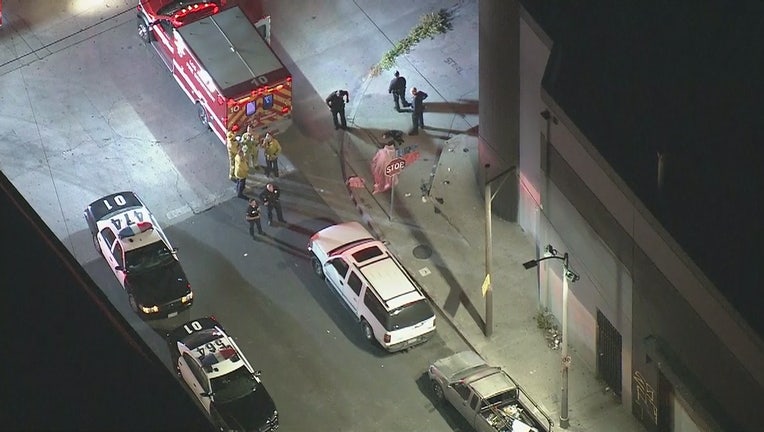 The shooting occurred in the area of Wall and 23rd streets about 9:40 p.m. Thursday, according to the Los Angeles Police Department.

It was unclear what led to shots being fired. The condition of the suspect was not known, police said.