A K-9 hugged his police handler in York County, South Carolina, in video released by the sheriff's office Thursday. The dog had gone missing during a training exercise.

A K-9 bloodhound that went missing during a training exercise had a heartwarming reunion with his handler.

The three-year-old runaway pup, Gunner, jerked away from his trainer and ran into the woods around 3 p.m. Wednesday afternoon at Kings Mountain State Park Living History Farm in South Carolina, according to the York County Sheriff's Office.

Dozens of police officers in the area began to search for the wayward pup. The sheriff's office was assisted by members of the Gaston County Police Department and Cherokee County Sheriff's Office, dispatching ATVs and even a helicopter during the search.

Gunner was found Thursday morning and reunited with his handler. The York County Sheriff's Office said he was "cold, wet, and thirsty but in good health." 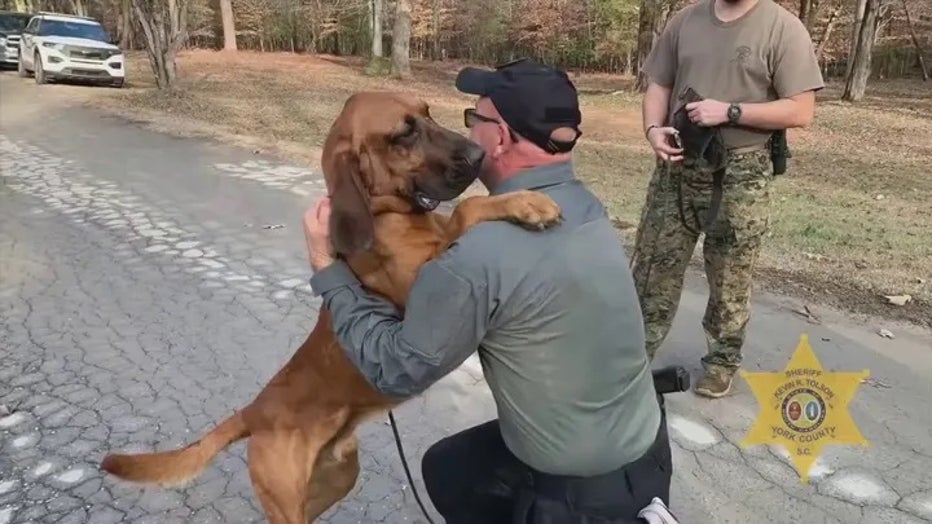 Three-year-old bloodhound Gunner was reunited with his handler about 25 hours after he went missing during a training exercise at Kings Mountain State Park Living History Farm in South Carolina, on Wednesday. (York County Sheriff's Office) 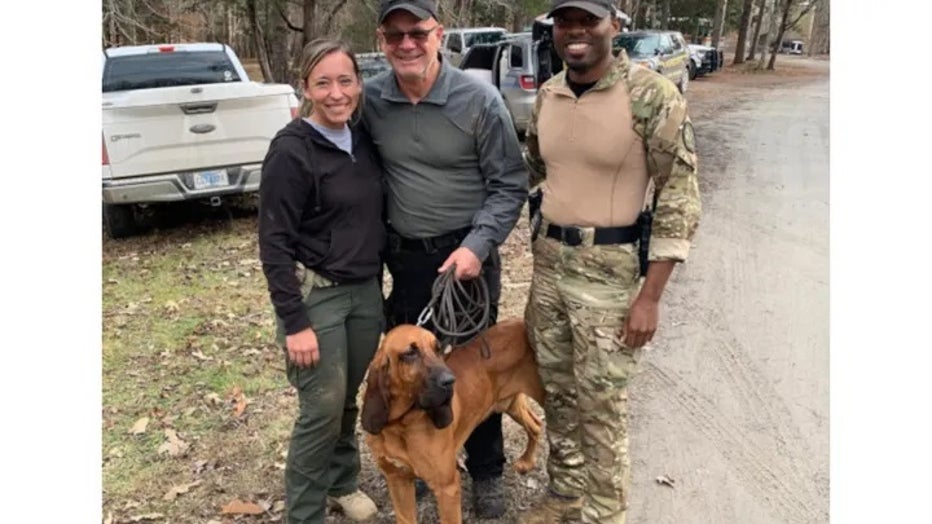 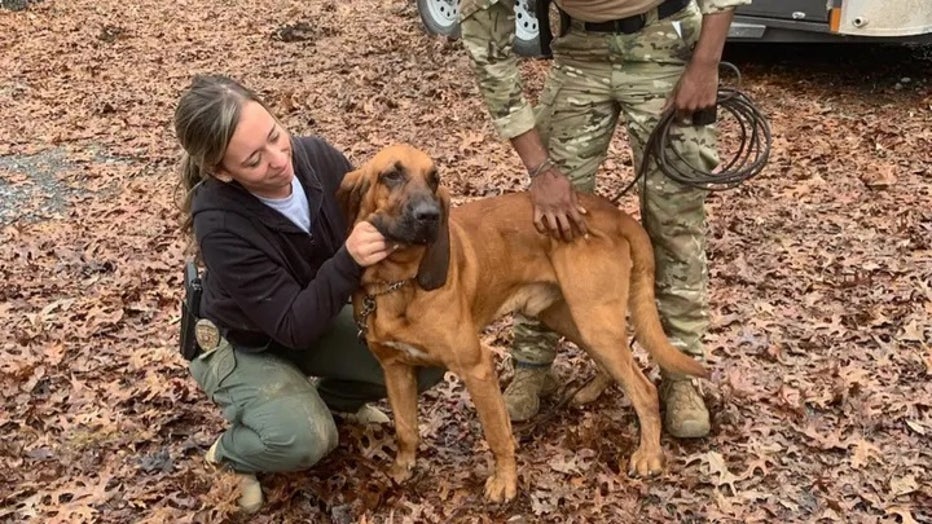 Gunner was participating in a training exercise with his handler when he broke free of his harness and ran off into the woods, Wednesday. (York County Sheriff's Office)

Video posted by the sheriff's office shows the moment when the officers found him. The three-year-old Gunner greets his handler with a wagging tail and then jumps into his arms for a big hug.

The K-9 belongs to a law enforcement agency based in Virginia.