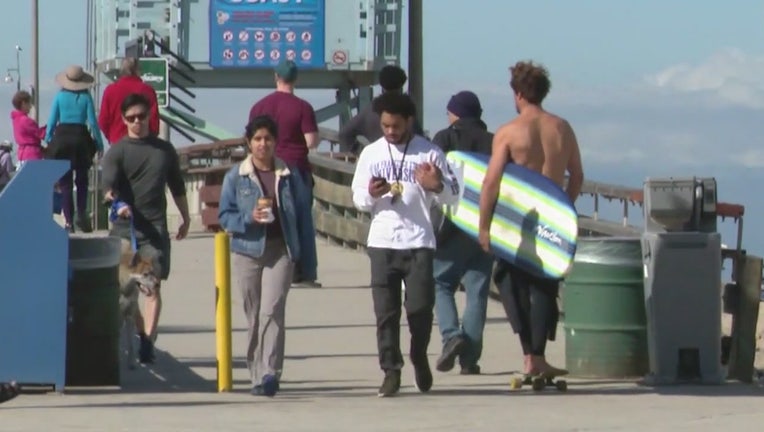 LOS ANGELES - Sunshine lured crowds to California beaches and parks on Sunday despite a statewide stay-at-home order, prompting more closures as officials announced plans to ramp up testing procedures for the coronavirus.

Santa Monica and Malibu closed seaside parking lots to discourage people from visiting its famous strand, and Los Angeles was expected to do the same starting Monday in neighboring Venice Beach to curb the virus spread.

Most people on the sand took care to heed guidelines to stay 6 feet (1.8 meters) away from others. But spacing became an issue in popular areas like the Venice boardwalk, causing Los Angeles Mayor Eric Garcetti to chide visitors for being “too close together, too often.”

Sunshine lured crowds to California beaches and parks despite a statewide stay-at-home order, prompting more closures as officials announced plans to ramp up testing procedures for the coronavirus.

• Mayor Garcetti: 'Your decision to not physically distance yourself may kill someone'

Dozens of Los Angeles-area parks, trails and facilities overseen by the Mountains Recreation and Conservation Authority were closed down Sunday. 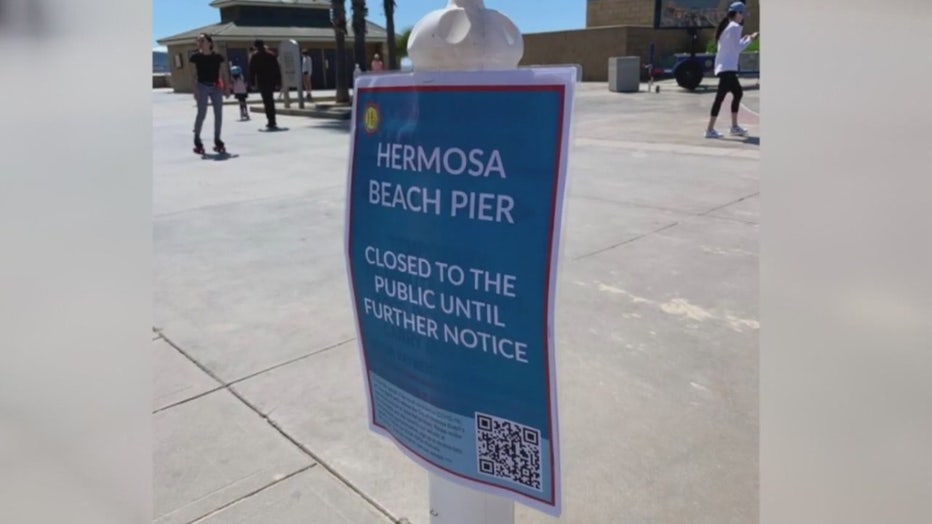 When the US Naval Ship Mercy arrives in Los Angeles, it will open 1,000 beds and become the largest hospital in the city, Garcetti said. The timing for the vessel’s arrival was not announced.

The mayor said the city would launch a website this week that will direct people to centers where they can be tested for the virus. The first tests would be reserved for the “most vulnerable,” including patients showing symptoms, people 65 or older and those with underlying health conditions, the mayor said. 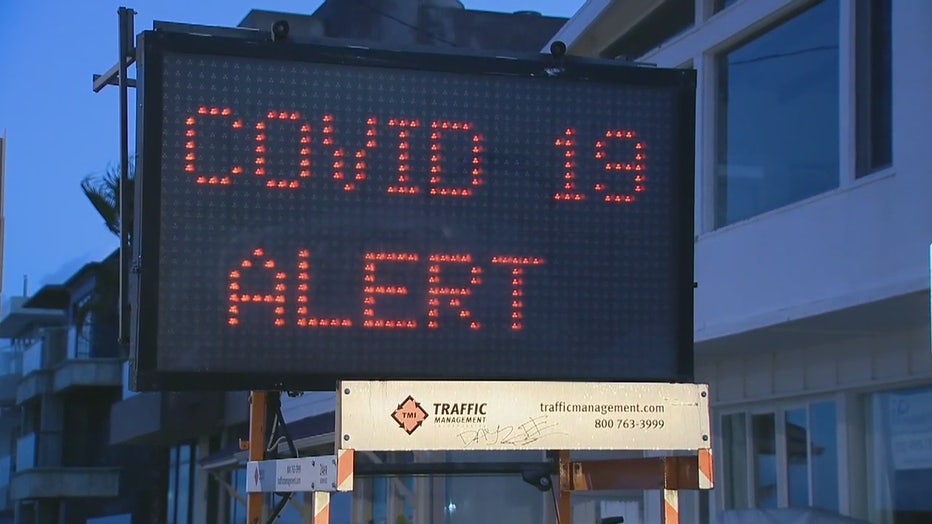 In neighboring Riverside County, testing began this weekend at a drive-through facility outside a minor league baseball stadium in Lake Elsinore.

Gov. Gavin Newsom’s order last week that Californians should stay home to curb the pandemic in the nation’s most populous state was by far the most sweeping and was followed by similar announcements in New York and Illinois.

California is one of the hardest-hit states, with more than 1,600 confirmed cases and 30 deaths as of Sunday, according to a tally by Johns Hopkins University. 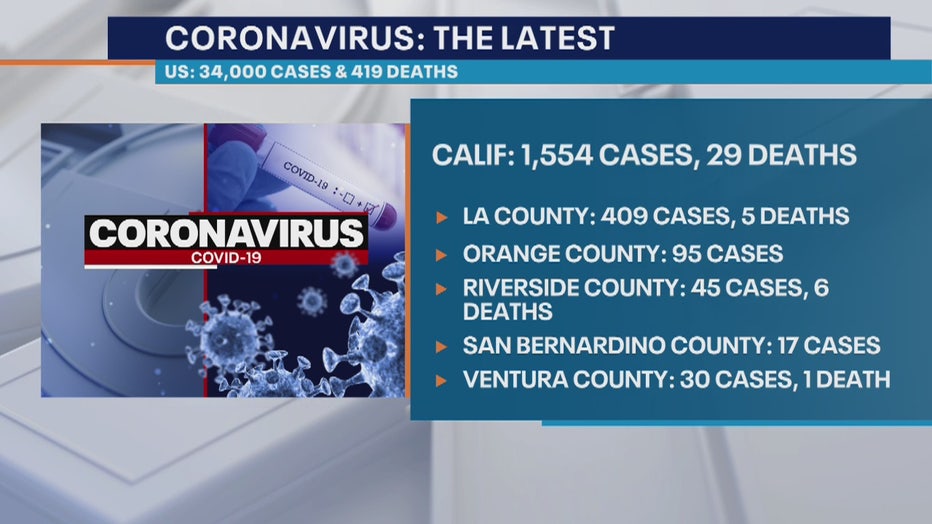 On Sunday night, the California Department of Corrections and Rehabilitation reported the first case of a prisoner with the coronavirus: an inmate at California State Prison-Los Angeles County.

The department also reported that five more employees have tested positive for the virus. Two of them are at California State Prison, Sacramento, two are at the California Institution for Men, and one is at Folsom State Prison.

Newsom has said infection rates of the COVID-19 virus are doubling every four days in some areas. He projected that millions could contract the virus in the next two months if aggressive prevention isn’t taken.

The emergency fund will also be used to buy or refurbish ventilators, provide more patient transportation service and expand testing capacity at a state laboratory.

Residents have been told to keep away from others, not gather in groups and wash their hands frequently. They can go out to get food, fill prescriptions, seek medical care, care for vulnerable relatives or neighbors and get exercise, such as walking.

Gas stations, supermarkets and convenience stores were open, along with auto repair shops. Those providing essential services, such as plumbers and electricians, were still on the job. But restaurants were only delivering or providing take-out.