LOS ANGELES - A second Southern California native has been identified as one of the 13 U.S. servicemembers killed in a suicide bombing attack outside Kabul's airport in Afghanistan on Thursday.

"We are heartbroken to hear this sad news about Hunter, who chose to follow a life of service, selflessness, courage and sacrifice, like his parents," the Riverside Sheriff's Association wrote in a statement Friday. 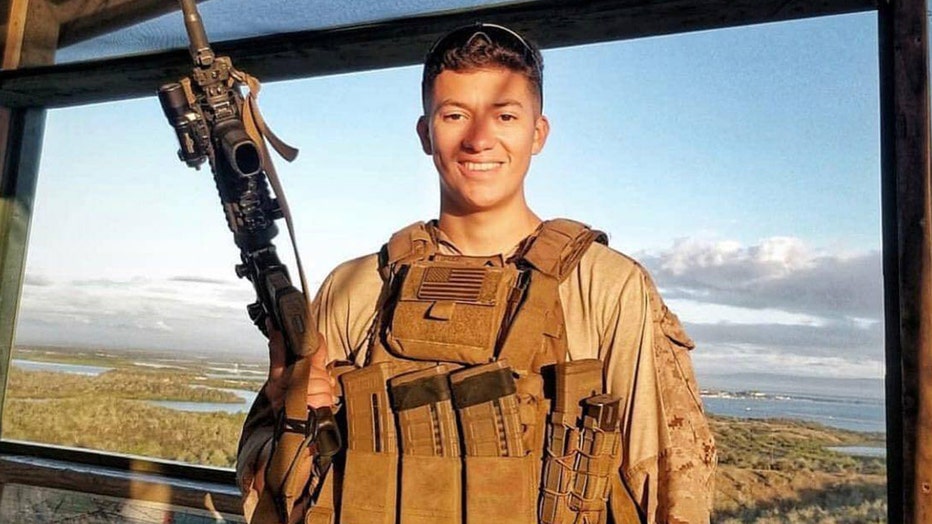 Lopez was a Riverside Sheriff's Explorer Scout with the Palm Desert Station from September 2014 to August 2017.

He joined the U.S. Marine Corps and was assigned to the 2nd Battalion, 1st Marines. Lopez, who was 22 years old at the time of his death, planned on becoming a Riverside County Sheriff's Deputy after returning from his current deployment.

Wellness Worldwide feeds Afghan refugees and you can help

Sara Manely is a board member for a group of volunteers helping Afghans displaced by the violence caused by the Taliban takeover. The West LA group is raising money to provide food aid to the most vulnerable in areas around Kabul. https://www.wellnessworldwideprojects.org/

"I am unbelievably saddened and heartbroken for the Lopez family as they grieve over the loss of their American Hero," Riverside County Sheriff Chad Bianco wrote on Facebook. "Our entire department is mourning this tragic loss.  The Lopez family exemplifies the meaning of Service Above Self."

RELATED: SoCal Marine identified as one of 13 US servicemembers killed in Kabul airport suicide bombing attack

"Hunter was the victim of vicious evil and was killed because he wore a United States Marnie uniform with love and pride. Our entire community feels the anguish, and we mourn the death of Hunter, who answered the call to serve, defend and protect our nation," the Riverside Sheriff's Association wrote. "Like his parents who serve our community, being a Marine to Hunter wasn't a job; it was a calling. He loved his family, and as we grieve for Hunter and his fellow Marines taken from us too soon, there are simply no words to express how deeply he will be missed."