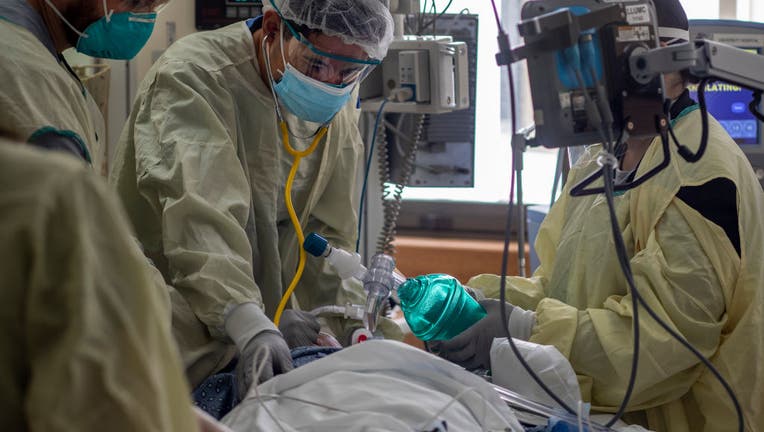 SACRAMENTO, Calif. - Gov. Gavin Newsom on Monday said there are now six confirmed cases of the new strain of the coronavirus in Southern California, including two in San Bernardino County.

The new variant was first identified in the United Kingdom.

The other four cases were detected in San Diego County, which is where the first known case of the variant was confirmed in California and the second known case in the nation.

In response to the new variant in the United Kingdom, Prime Minister Boris Johnson announced on Monday that the nation is going on another lockdown until at least mid-February to help combat the spread of the virus.

Health officials say the new strain is not considered more dangerous but do believe it is more contagious.

Newsom also said federal health officials believe the current COVID-19 vaccines will be effective against the new strain of the virus.

The California governor also said the state is working to accelerate the administration of COVID-19 vaccines across the state, including expanding the number of distribution sites and the types of people who can give the shots.

Newsom said the state has received nearly 1.3 million doses of the vaccines from Pfizer and Moderna, and another 611,500 doses have been shipped to the state. As of Sunday, however, a total of 454,306 doses had actually been administered.

"We are working aggressively to accelerate our pace," Newsom said.

"... We're going to start seeing more rapid distribution of vaccines, I can assure you of that. That said, it's gone too slowly, I know, for many of us. All of us, I think, we want to see 100% of what's received immediately administered in people's arms.

Newsom said the state is working to increase the number of sites where shots can be administered and the people who can give the shots, including dentists, pharmacy technicians and members of the National Guard.

The governor said he has heard "anecdotal evidence" about frontline health care workers -- the top priority for receiving the shots -- declining to be vaccinated, but he had no specific numbers. He said the state is conducting a survey to get a better idea of the number.

The state's vaccine task force is still working on setting priorities of who will be first in line during upcoming phases of the distribution system. The state is still in the first phase of distribution, covering healthcare and frontline workers.