LAPD traffic detectives are looking for the vehicle and driver who struck a bicyclist in the area of Glendale Blvd. and Allesandro St.

SILVER LAKE, Calif. - The Los Angeles Police Department has released dash cam footage in hopes of locating the driver who struck a bicyclist in Silver Lake.

The hit-and-run occurred January 16 around 4:20 p.m. in the area of Glendale Blvd. and Allesandro St.

According to officials, the bicyclist was traveling south on Glendale Blvd. when a silver Hyundai Elantra, 2012 to 2016, rear-ended the bike. Video shows the man falling to the ground; however, he shortly got up and walked to the sidewalk. The vehicle kept on driving. His bike was damaged beyond repair. 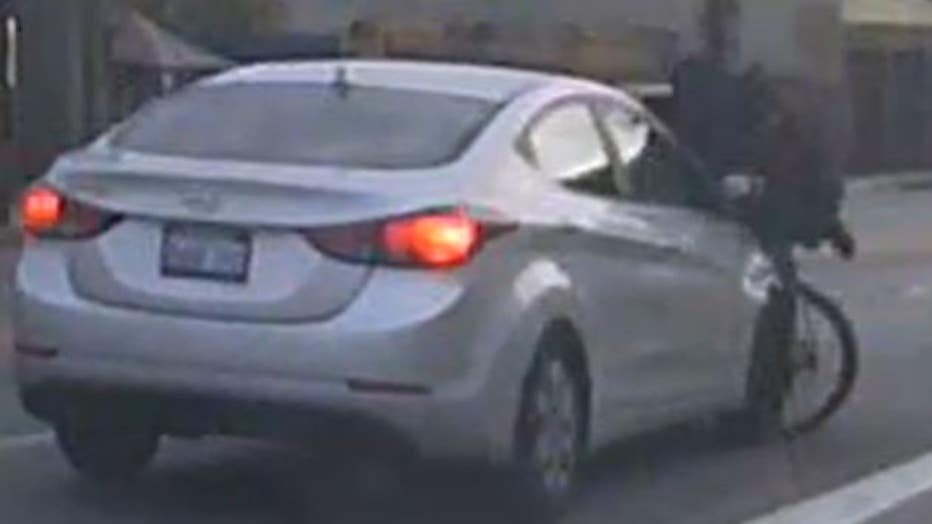 The bicyclist suffered minor injuries. There is no description on the driver, however the vehicle is believed to have front-end damage to its right side and is missing its right front hub cap.

A $5,000 reward is being offered for information that leads to the arrest and conviction of the driver.

Anyone with information is urged to contact Central Traffic Division at (213) 833-3713. You can remain anonymous by calling Crime Stoppers at 1-800-222-TIPS or by visiting lacrimestoppers.org.