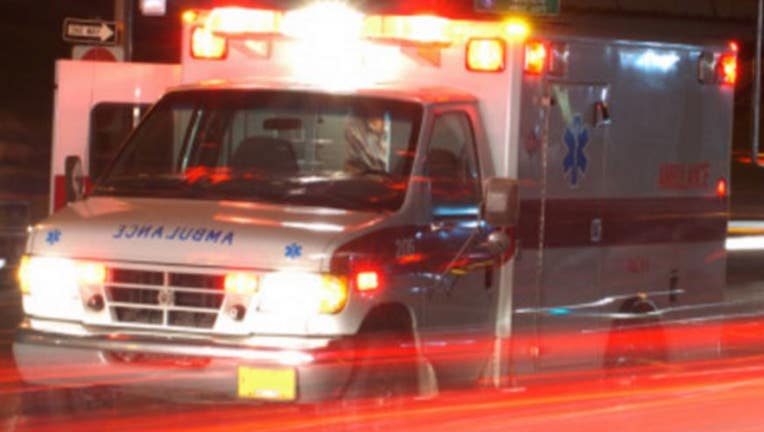 TOLEDO, Ohio (AP) - Police in Ohio said three people were wounded in a shooting outside a high school football game that sent people on the field and spectators in the stands running for cover.

Police said the shots were fired behind the Whitmer High School stadium in Toledo at about 9:30 p.m. Friday during the game with Central Catholic High School. A Whitmer student and two adults were wounded, said Washington Local Schools spokesperson Katie Peters.

"Last night was a terrible and traumatic event," Police Chief George Kral, Mayor Wade Kapszukiewicz and Superintendent Kadee Anstadt said in a joint statement. "Thankfully ... all three victims sustained only minor injuries, and they will all be OK."

Despite earlier reports that two people had been taken into custody, police said Saturday that no arrests had been made. Police said surveillance video "has already been helpful in identifying the potential target" and the investigation continues.

Dispatchers told responding police that witnesses reported two people in black ski masks firing shots and a vehicle then speeding away, the Toledo Blade reported. Play was halted with less than seven minutes remaining as police and fire crews converged on the stadium, the newspaper reported.

"No guests were injured in the evacuation and we could not be prouder of our students, staff, Whitmer fans, and our guests from Central Catholic," Peters said. Spectators had been scanned with a metal wand for weapons before entry and 16 law enforcement officers were working the game. After the three victims were found near the football field house, they were treated by emergency crews before being transported to hospitals.

Lisa Gonzalez told the Toledo Blade that she was in the restroom when she heard one shot and she emerged to chaos outside.

Kevin Parkins, Central Catholic High School’s head of school, said junior varsity and freshman football games scheduled for Saturday have been canceled. He said in a video statement Friday night the Central Catholic student body will gather on Tuesday to "talk to them, support them, but also pray."

"This is an opportunity too, as parents, guardians, for you to also engage your child in a conversation," Parkins said, WTOL-TV reported. "We have to continue to fight each and every day to make sure that our world, our country, our state, and our community here in Northwest Ohio understands how valuable life is," he said.