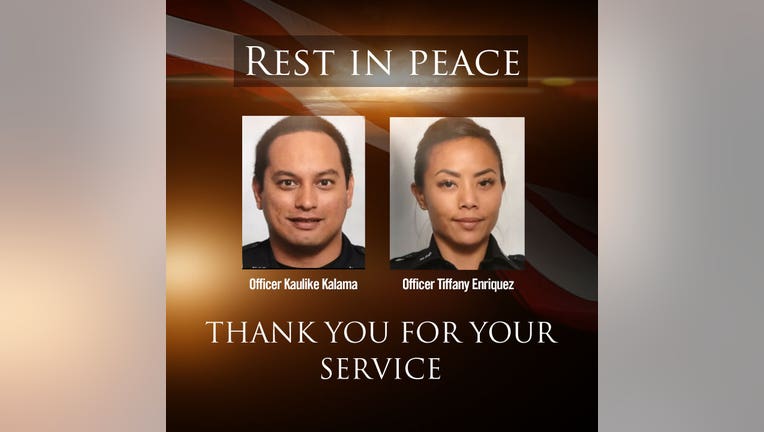 HONOLULU - A Hawaii man with a history of run-ins with police and neighbors was facing eviction when he stabbed his landlord and killed two officers before the house he and two women were believed to be in burned, authorities and neighbors said Sunday.

Police responding to a call for help found a woman who had been stabbed in the leg and resident Jaroslav “Jerry” Hanel, in his 60s, opened fire, killing Officers Tiffany Enriquez, a seven-year veteran, and Kaulike Kalama, a nine-year veteran, Honolulu Police Chief Susan Ballard said. Police suspect he and two women were inside the house when it caught fire and Ballard said it could take days for authorities to process evidence and recover any remains.

The fire spread to several other residences, destroying seven homes and leaving multiple others with fire or smoke damage, according to Honolulu fire officials.

The homeowner, Lois Cain, had recently sought to have Hanel evicted, court records showed. A neighbor told The Associated Press she saw Cain being loaded into an ambulance with knife wounds.

Cain’s condition was not immediately confirmed, nor was the suspect’s. Ballard said Hanel did not have any gun permits.

The normally peaceful neighborhood where shots were fired is at the far end of the Waikiki Beach between the Honolulu Zoo and the famed Diamond Head State Monument, a volcanic crater that looms above Honolulu and is popular with tourists and hikers. A regional park is also nearby.

Ian Felix, a Honolulu resident and combat veteran with medical training, told the AP he happened to be walking by when he saw a woman lying on the ground with a pool of blood coming from her leg. He applied pressure until the first police officer arrived and put a tourniquet on it, Felix said. Moments later two more officers arrived, and Felix said he then heard two gunshots.

He and the officer picked up the wounded woman and carried her into a neighbor’s garage across the street, he said.

“Defendant does NOT have a Rental Agreement to occupy the premises and Defendant has no ownership interest in said premises,” read a complaint for eviction that Cain filed last week in court. “Despite repeated demands, [the] defendant has failed and refused to vacate the premises.”

Attorney Jonathan Burge has represented Hanel since 2015 in various disputes with neighbors, including temporary restraining orders that three obtained against him. Hanel, a native of the Czech Republic who used Czech interpreters in court, faced a hearing next week on a charge of misusing 911 services, Burge said Sunday.

Burge said he never knew Hanel to be violent, but that “he’s kind of a quirky guy and had problems.” Hanel believed the government was watching him and tapping his phone, Burge said.

“Maybe that’s what set him off,” he said of the eviction.

Hanel lived for free at the home in exchange for handyman work, Burge said. Cain was supportive of him in his disputes with the neighbors, Burge said, but their relationship had soured lately because Hanel’s dog had died and Cain wouldn’t let him get a new one.

Nearby resident Dolores Sandvold said she heard screaming and gunshots and saw Cain being carried to an ambulance.

Kailua resident John Farmer said the fire spread to his sister’s nearby house, which burned down. He said the resident has been described as paranoid and threatening.

Officials across the state began releasing statements mourning the lost lives, with Gov. David Ige saying, “Our entire state mourns the loss of two Honolulu Police officers killed in the line of duty this morning.”

Police closed several streets nearby and asked the public to avoid the area.

Honolulu City Councilmember Tommy Waters, who represents East Honolulu and is the chairman of the City Council Public Safety Committee, said he was heartbroken by the attack.

“I am disturbed by the initial reports that the gunman was a troubled individual who terrorized the Diamond Head neighborhood where this tragedy unfolded," Waters said. 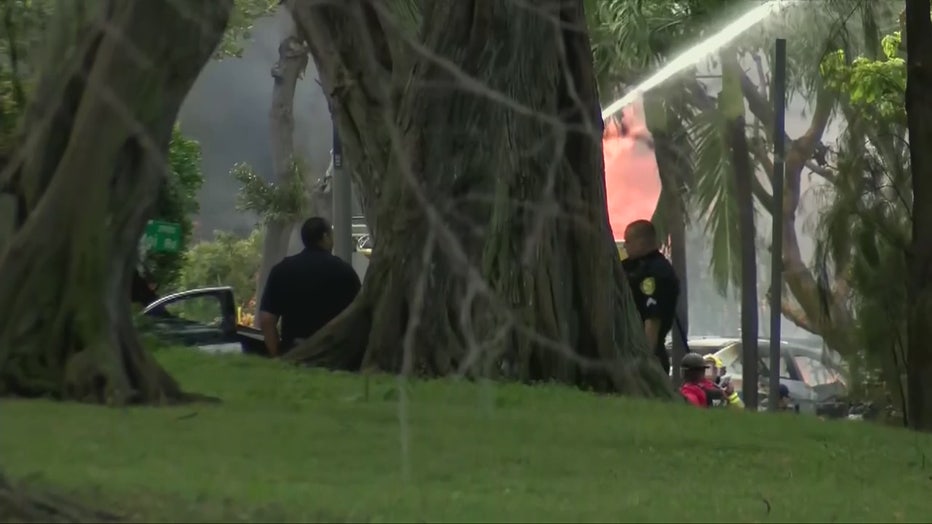