Mitchell Keener, dressed up as Santa and proposed to his girlfriend on Christmas Eve.

ALABASTER, Ala. - Santa Clause received his own Christmas wish, when he made a surprise visit to Alabaster, Alabama, to ask the future Mrs Clause to marry him.

According to Storyful, firefighter Mitchell Keener, dressed up as Santa during the departments annual Santa tour of the city, where he asked Mallory Smith to tie the knot on Christmas Eve.

“She said YES!” wrote the Alabaster Fire Department, which posted a video of the proposal on their Faceoook.

Smith commented on the video thanking the fire department along with its crew for making the proposal a special moment, and a magical Christmas. 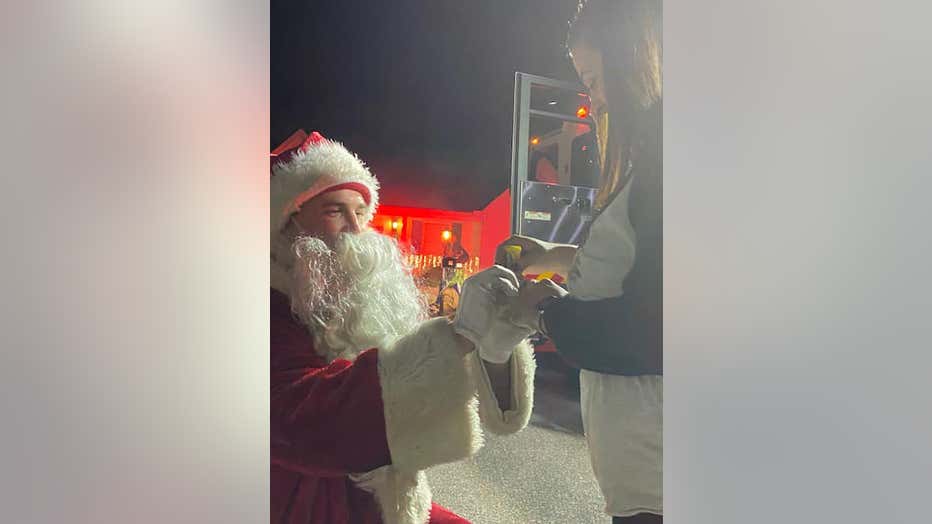 Firefighter Mitchell Keener, dressed up as Santa and proposed to his girlfriend on Christmas Eve. (Credit: Alabaster Fire Department via Storyful)

Smith added that she owed the fire chief “a big thank you for ragging him enough that he finally did it.”