Two LA County supervisors have now joined with members of the Civilian Oversight Commission, calling on Sheriff Alex Villanueva to resign. They say he's mishandled the department and has to go.

LOS ANGELES - Several Los Angeles County and city officials have called on Sheriff Alex Villanueva to resign, including members of the County Board of Supervisors and members of a civilian commission that oversees the sheriff's department.

“I’m asking Sheriff Villanueva for the good of the LASD and the community, please resign.” That was the initial request of Robert Bonner, a Commissioner with the LA County Civilian Oversight Committee.

Bonner, a former federal prosecutor and head of the Drug Enforcement Administration, was the first to call on Villanueva to step down during a commission meeting Thursday.

Immediately after, other members joined in the call for Villanueva to step down.

The commission expressed doubt over the sheriff's version of events leading to the arrest of a local reporter and asked county attorneys to prepare a report on legal responsibilities involved in law enforcement activities at protests. They also noted Villanueva's handling of the deputies who inappropriately took photos and shared them of the Kobe Bryant helicopter crash scene.

The commission could take an official "no-confidence" vote on the sheriff at its next meeting.

"Like the members of the Civilian Oversight Commission, I remain troubled by the Sheriff's conduct and the way he has interfered with advancing reform and enhancing accountability," Ridley-Thomas said in a statement.

“I gave him an opportunity to prove his work as the head of the sheriff's department and he has failed to do so repeatedly in a way that is practically incomprehensible,” he said during an interview with FOX 11's Gina Silva.

Ridley-Thomas said the sheriff’s actions have been costly to taxpayers.

“I have to tell you, I think he has been the most challenging, in many ways the most embarrassing and the cost that we are now incurring in terms of taxpayer dollars are attributable to behavior that he cannot defend,” he said.

Kuehl told the Los Angeles Times Villanueva costs the county millions of dollars in claims of excessive force by members of the department.

"He is really a rogue sheriff," Kuehl said. "It is really important for this sheriff to understand that his behavior, his violation of any of the common rules that govern a law enforcement agency, is the greatest threat to public safety."

Both supervisors have been critical of Villanueva in the past.

Villanueva brushed aside the comments, calling the commission a "political body appointed by the Board of Supervisors," with whom the sheriff has repeatedly clashed on budget and other issues.

"They're just part of the echo chamber of the board," the sheriff said. "And unfortunately, the route they take is not one that's going to engender goodwill ... between myself or the organization, because there's a fine line being a watchdog and an attack dog, a political attack dog."

The sheriff's department issued a statement Thursday night in response to members of the Civilian Oversight Commission calling for Villanueva's resignation saying in part, "The fact this motion is even being considered, particularly when two members of our department are recovering from a life-threatening ambush, is morally repugnant and emblematic of the political animosity of the politically-appointed commission."

"It is becoming painfully obvious this commission is acting in retaliation against the sheriff for his efforts in investigating potential criminal conduct from county officials and for challenging the legality of subpoenaing the sheriff himself versus the LASD," the statement continued. "The sheriff will remain focused on serving the residents of Los Angeles County as he leads the department in investigating the ambush, overseeing the response to the Bobcat Fire evacuations, and the ongoing COVID-19 pandemic’s impact to the jail system." 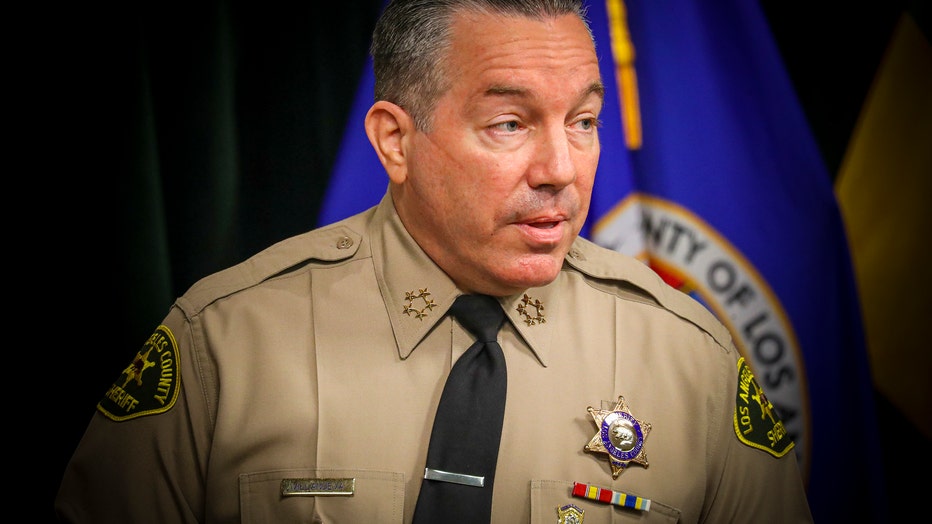 In a series of tweets Friday morning, Villanueva said, "The Board of Supervisors proxy war against me continues unabated. This coordinated effort is direct retaliation for my efforts in exposing corruption at all levels of county government. I will not be deterred."

He went on to say that he was disappointed in recent comments but does not have the time to "engage in an exchange of personal attacks."

"We are facing unprecedented challenges on multiple fronts and I will continue to remain focused on public safety as my number one priority," said Villanueva. "I ask ethical leaders to also focus upon serving our community."

Neither the Civilian Oversight Commission nor the Board of Supervisors has the authority to remove Villanueva from office since he is an elected official.