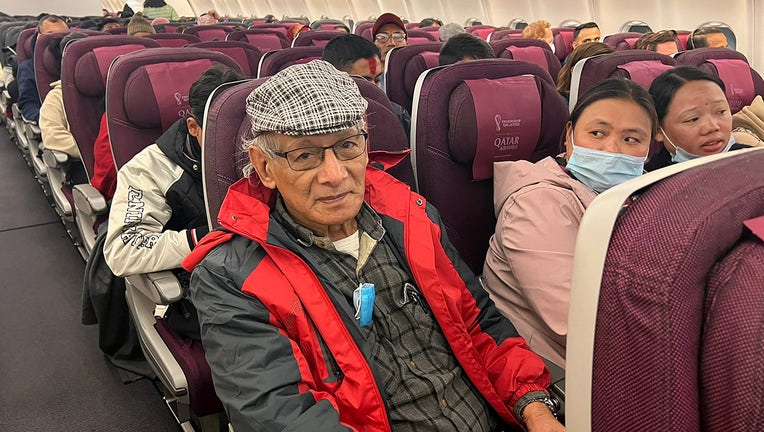 French serial killer Charles Sobhraj sits in an aircraft from Kathmandu to France, on December 23, 2022. (Photo by ATISH PATEL/AFP via Getty Images)

KATHMANDU, Nepal - Confessed French serial killer Charles Sobhraj was freed from prison in Nepal on Friday after serving most of his sentence for killing American and Canadian backpackers and was taken to the airport for a flight back to Paris, his attorney said.

His alleged killings were dramatized in a series co-produced by the BBC and Netflix called "The Serpent," which aired last year.

A ticket was purchased with money received from a friend and the French Embassy in Kathmandu prepared the necessary travel documents allowing him to take the flight Friday evening, attorney Gopal Siwakoti Chitan said.

Sobhraj was driven out of the Central Jail in Kathmandu in a heavily guarded police convoy earlier Friday to the Department of Immigration.

The Supreme Court had ordered that Sobhraj, who was sentenced to life in prison, be freed because of poor health, good behavior and having served more than 75% of his sentence, making him eligible for release. It said Sobhraj has heart disease.

Life sentences in Nepal are 20 years.

The order also said he had to leave the country within 15 days. 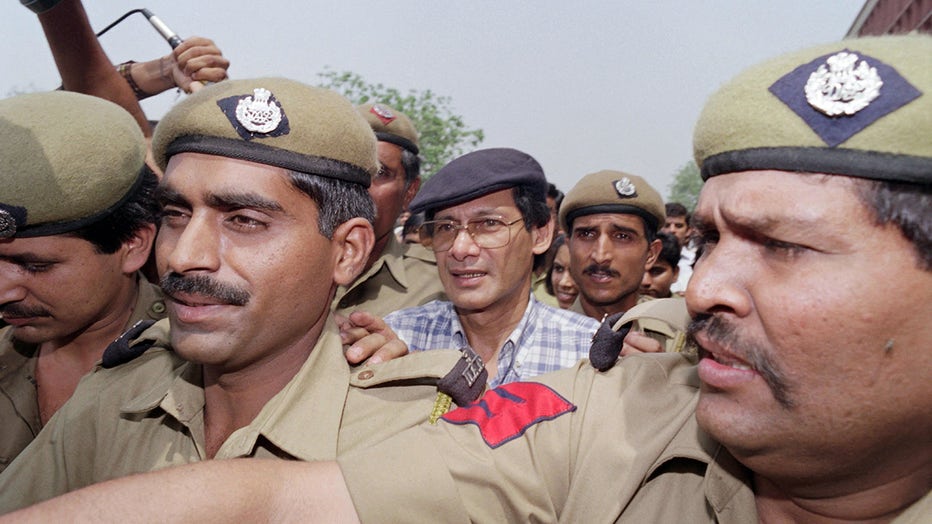 Sobhraj has in the past admitted killing several Western tourists. He is believed to have killed at least 20 people in Afghanistan, India, Thailand, Turkey, Nepal, Iran and Hong Kong during the 1970s. His 2004 conviction in Nepal was the first time he was found guilty in court.

Sobhraj was earlier held for two decades in New Delhi’s maximum-security Tihar prison on suspicion of theft but was deported without charge to France in 1997. He resurfaced in September 2003 in Kathmandu.

His nickname, The Serpent, stems from his reputation as a disguise and escape artist.

French officials have not commented publicly on his expected return.