Season of giving: Clipper Nation rallies around fellow fan’s cause

With the holiday season in full swing, a lot of people are expressing their generosity in many ways. A diehard Los Angeles Clippers fan shares how she got a big assist from fellow fans in Clipper Nation.

LOS ANGELES - With the holiday season in full swing, a lot of people are expressing their generosity in many ways. One of those ways is to give to an organization that is doing good work.

A diehard Los Angeles Clippers fan shares with FOX 11’s Bob DeCastro how she got a big assist from fellow fans in Clipper Nation.

Vanessa Fernandez says she was able to provide 50 families in need with Thanksgiving meals that were donated by a group whose devotion means everything. 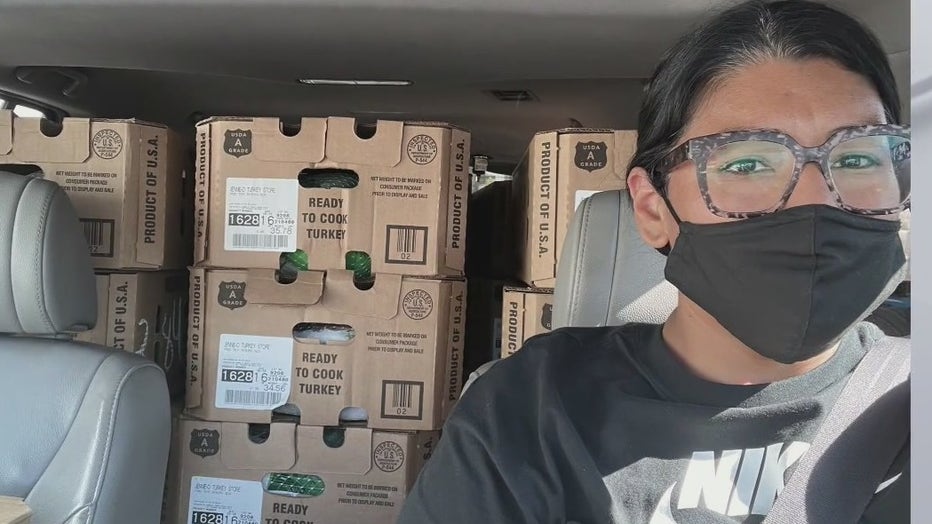 "Some of them are even shocked to learn that this was a fanbase that brought everything together, so that’s very cool and unexpected for them," Fernandez said. 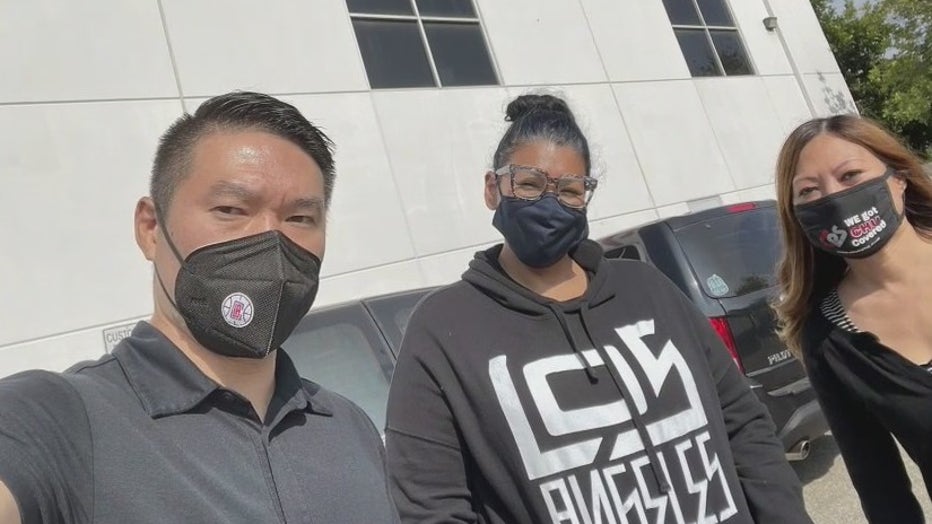 Fernandez says the outpouring and generosity from fellow fans of the Los Angeles Clippers was truly unexpected.

The 38-year-old from South Los Angeles began collecting holiday meals in 2016 for a few of her clients as a caseworker with Masada Homes. The Gardena nonprofit provides mental health and social services to children, adults, and their families.

"I saw how much they were struggling as far as being able to just pick up food…so when the holidays came around, they would ask me ‘do you know anywhere where I could get turkeys?'" she recalled.

The donations grew every year, but with the ongoing coronavirus pandemic, she decided to send out a tweet and challenged Clipper Nation to chip in. 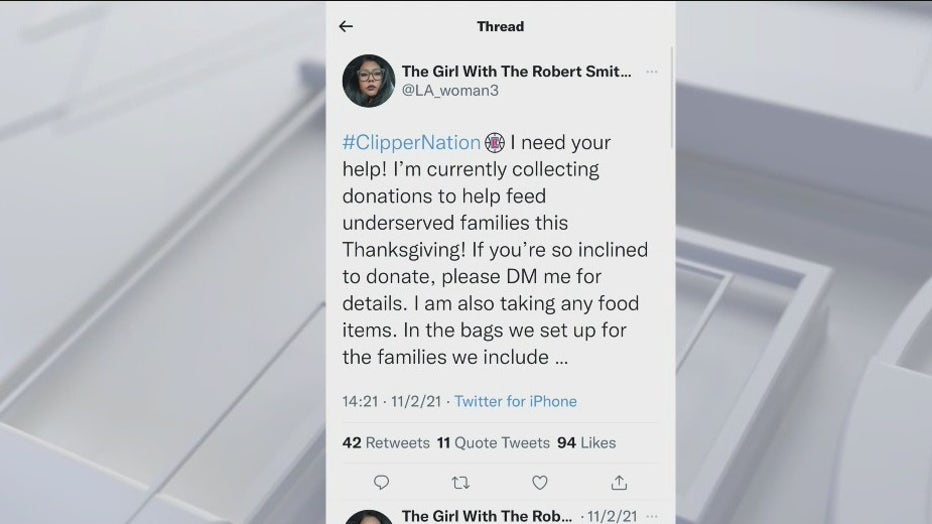 "The only reason that I felt confident enough in asking them for help was because I started seeing how they were about helping each other out," she explained. "It took off in a way I never imagined. With the outpour and support that I received this year in getting all those donations together, I was just very overwhelmed."

Masada Homes gave Fernandez the warehouse space and each family received a turkey dinner with all the fixings.

"One of the families actually mentioned that they didn’t know what they were going to do for Thanksgiving and they said ‘you saved our holiday,’" Fernandez said.  "I have families that use the holidays as a bonding time to cook together and just create more of a connection with each other."

Fernandez said she’s already getting requests for help for the Christmas holiday and she knows who she’ll look to for help.