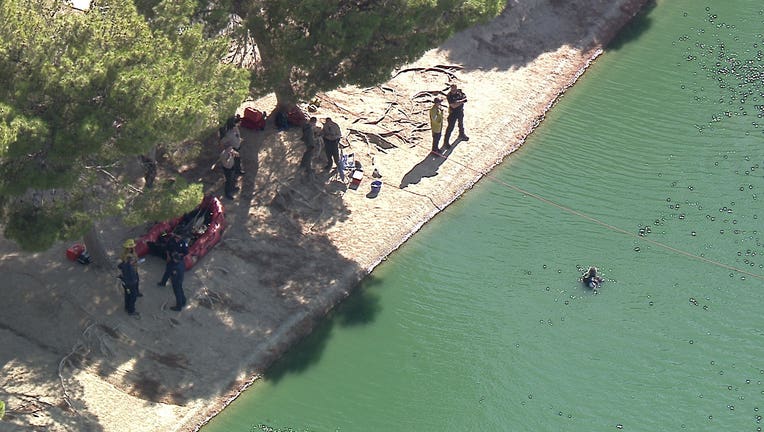 LANCASTER, Calif. - The body of a male swimmer who jumped into a lake at Apollo Community Regional Park in Lancaster on Saturday but failed to resurface was located more than two hours later, authorities said.

Four divers, Urban Search and Rescue teams in boats and helicopters in the air searched for the missing swimmer, fire officials said.

The rescue operation was changed to body recovery at 4:39 p.m., Flores said.

About 5:15 p.m. firefighters reported the body was located in the water and brought to the shoreline.