Before and after satellite images show extensive flood damage in Pakistan

The recent catastrophic flooding in Pakistan has left death and destruction in a country that is already going through one of its worst economic crises to date.

In satellite images showing the before and aftermath of flooding in Pakistan, the landscape looks completely transformed.

The imaging concentrates on the areas which received some of the heaviest flooding damage, along the Indus River in the provinces of Punjab, Khyber Pakhtunkhwa, Balochistan, and Sindh, according to NASA’s Earth Observatory.

What would normally be relatively dry land bordering the river has now turned into a nearly 100-kilometer-wide lake, according to satellite images. 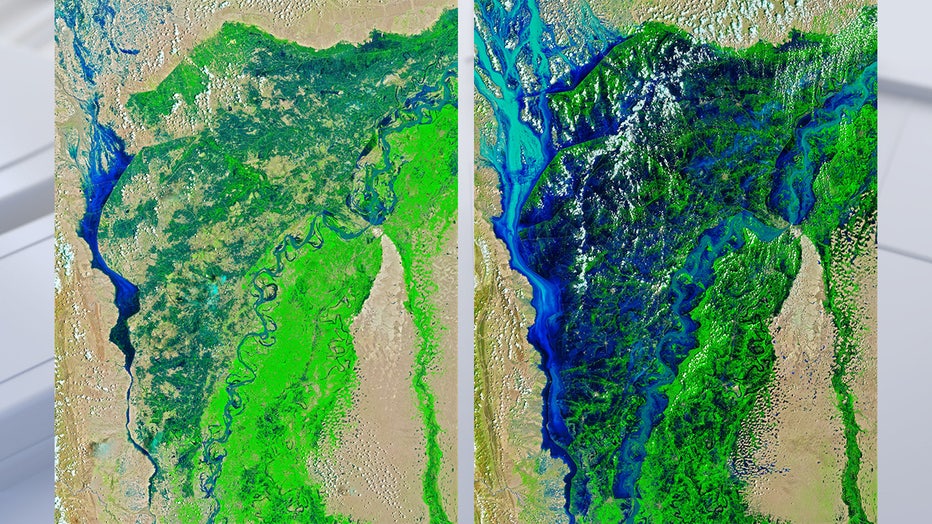 Image shows satellite images of the area along the Indus River in the provinces of Punjab, Khyber Pakhtunkhwa, Balochistan, and Sindh on August 4 and the aftermath of flooding in the same area on August 28. (Landsat 8 — OLI and Landsat 9 — OLI-2 via NASA)

The provinces of Balochistan and Sindh have received five to six times their 30-year average rainfall so far this year, according to NASA. 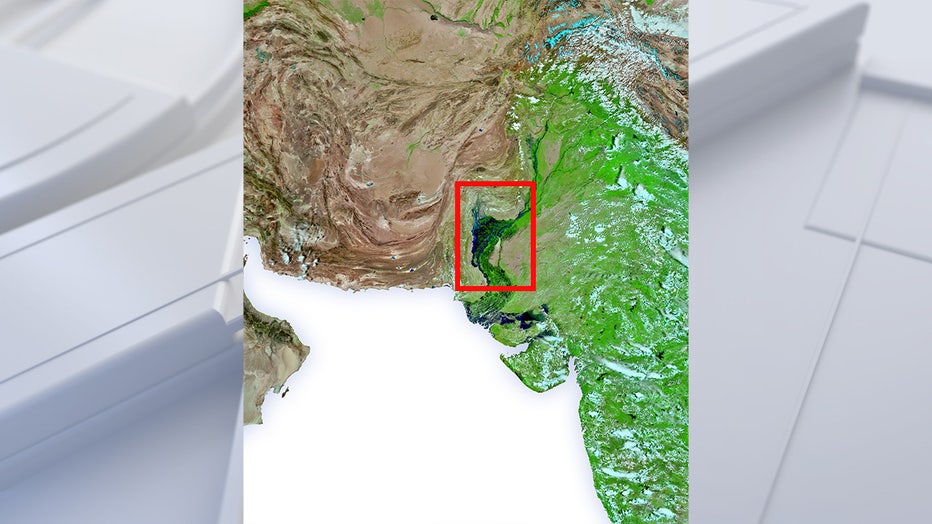 More than 1 million homes have been damaged or destroyed in the past two and half months, displacing millions of people and killing more than 1,130. Around a half million of those displaced are living in organized camps, while others have had to find their own shelter. 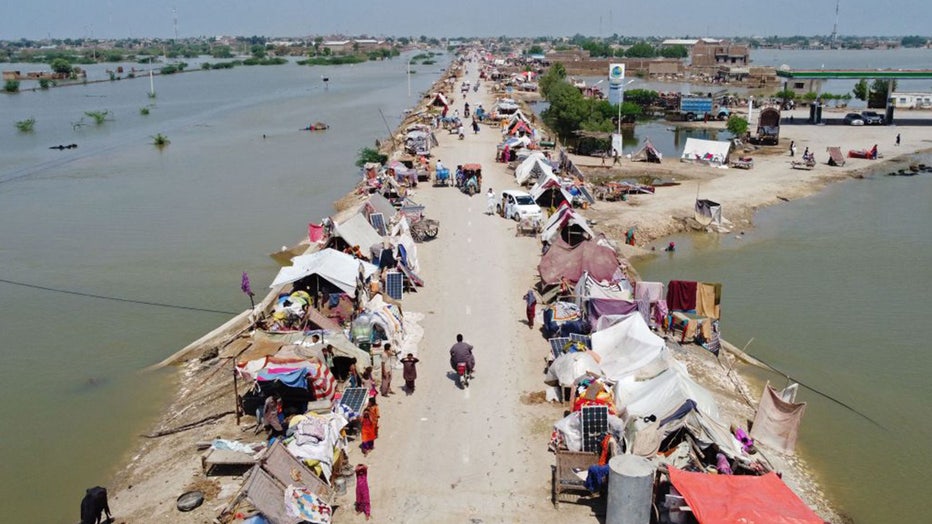 Pakistani authorities backed by the military, rescuers and volunteers, have struggled to evacuate marooned people to safer places. On Wednesday, military helicopters continued evacuating flood victims and delivering food to remote regions, according to a statement released by the military. It said it has deployed at least 6,500 troops to assist in rescue and relief operations. 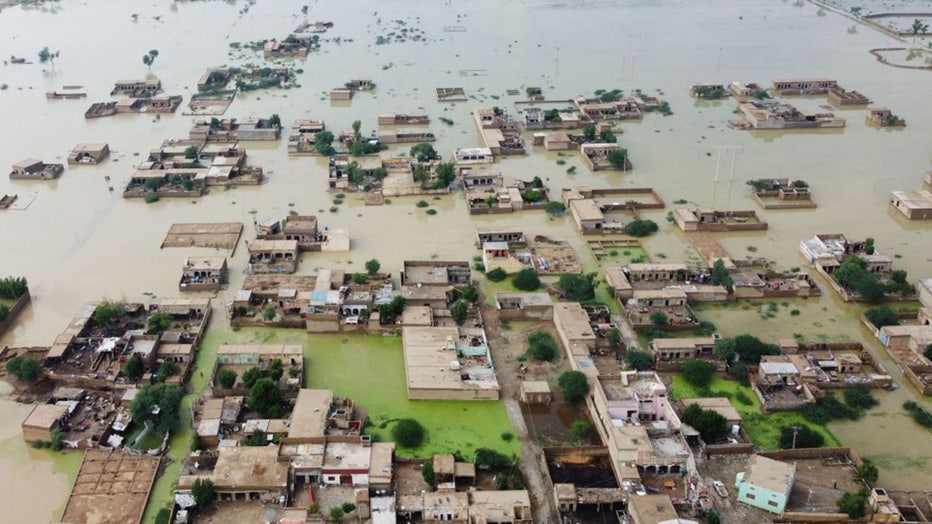 Prime Minister Shahbaz Sharif in a visit to the flood-hit Swat Valley promised the rehabilitation of every person displaced by the flood. In his televised comments, Shahbaz thanked U.N. Secretary-General Antonio Guterres for responding to Pakistan's request and issuing an appeal for $160 million in emergency funding to help flood victims. Guterres on Tuesday urged the world: "Let’s stop sleepwalking toward the destruction of our planet by climate change."

According to initial government estimates, the devastation caused $10 billion in damage to the economy.

"It is a preliminary estimate likely to be far greater," Planning Minister Ahsan Iqbal told The Associated Press. More than 243 bridges and more than 5,000 kilometers (3,100 miles) of road have been damaged.

Although rains stopped three days ago, large swaths of the country remain underwater, and the main rivers, the Indus and the Swat, are still swollen.

Meteorologists have warned of more rains in coming weeks.

"The situation is likely to deteriorate even further as heavy rains continue over areas already inundated by more than two months of storms and flooding. For us, this is no less than a national emergency," Pakistani Foreign Minister Bilawal Bhutto-Zardari said Tuesday, urging the international community to give generously to the U.N. appeal.

The Associated Press and Storyful contributed to this report. This story was reported from Los Angeles.